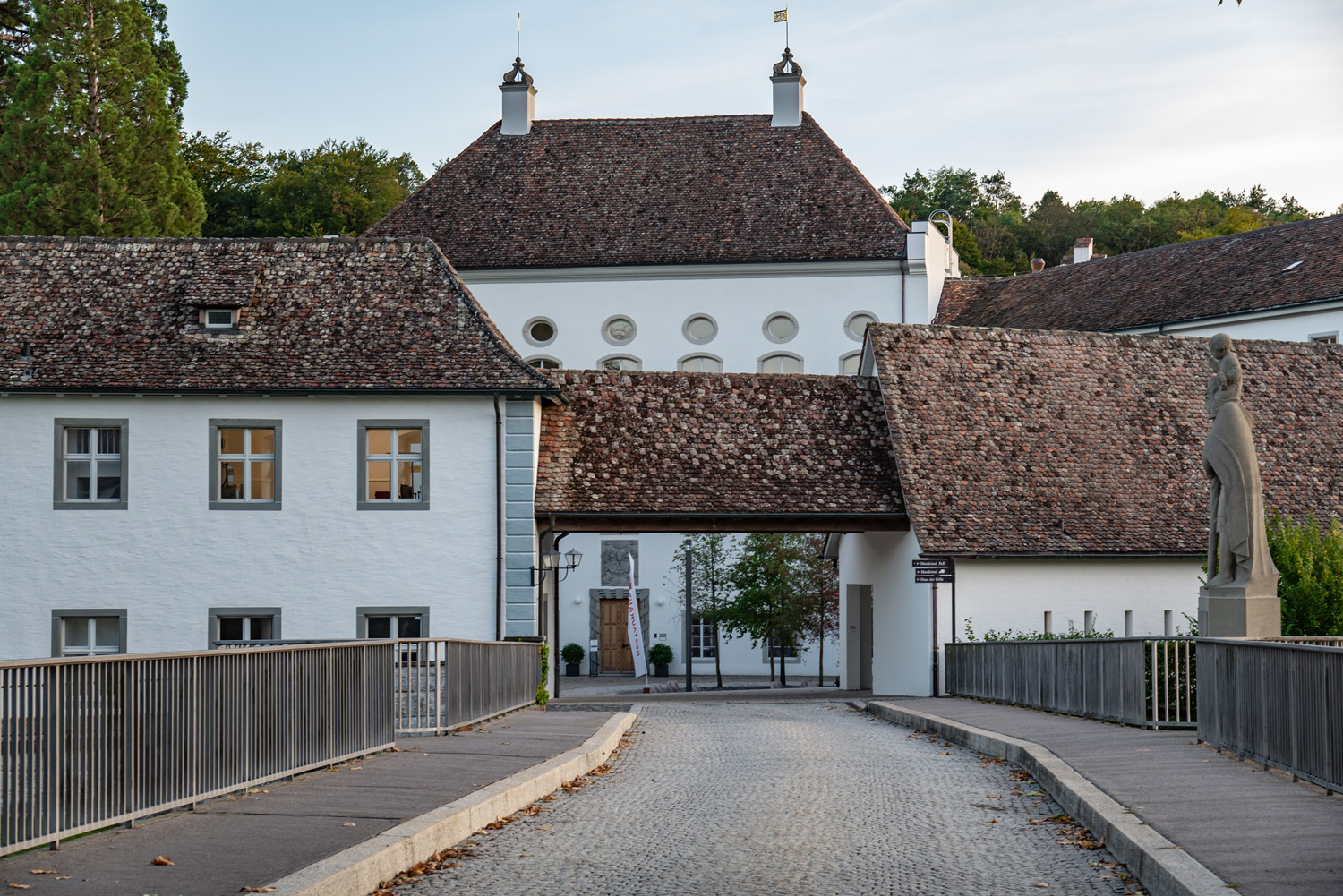 Around the year 778, the Rheinau monastery was founded on an island in the middle of the Rhine. Over the following centuries, the complex was continually expanded and the status of the monastery island and its library as a religious and cultural centre was consolidated. From 1803 and with the takeover of the community of Rheinau by the Canton of Zurich, the monastery began to lose importance in the course of the liberal reorganization of the canton. In 1862, the Cantonal Council decided on the final dissolution of the monastery, and only a few years later a sanatorium and nursing home was established in the former monastery premises. Today, the complex is home to the Canton of Zurich's School of Home Economics and a rehearsal centre for musicians. A museum is being planned. 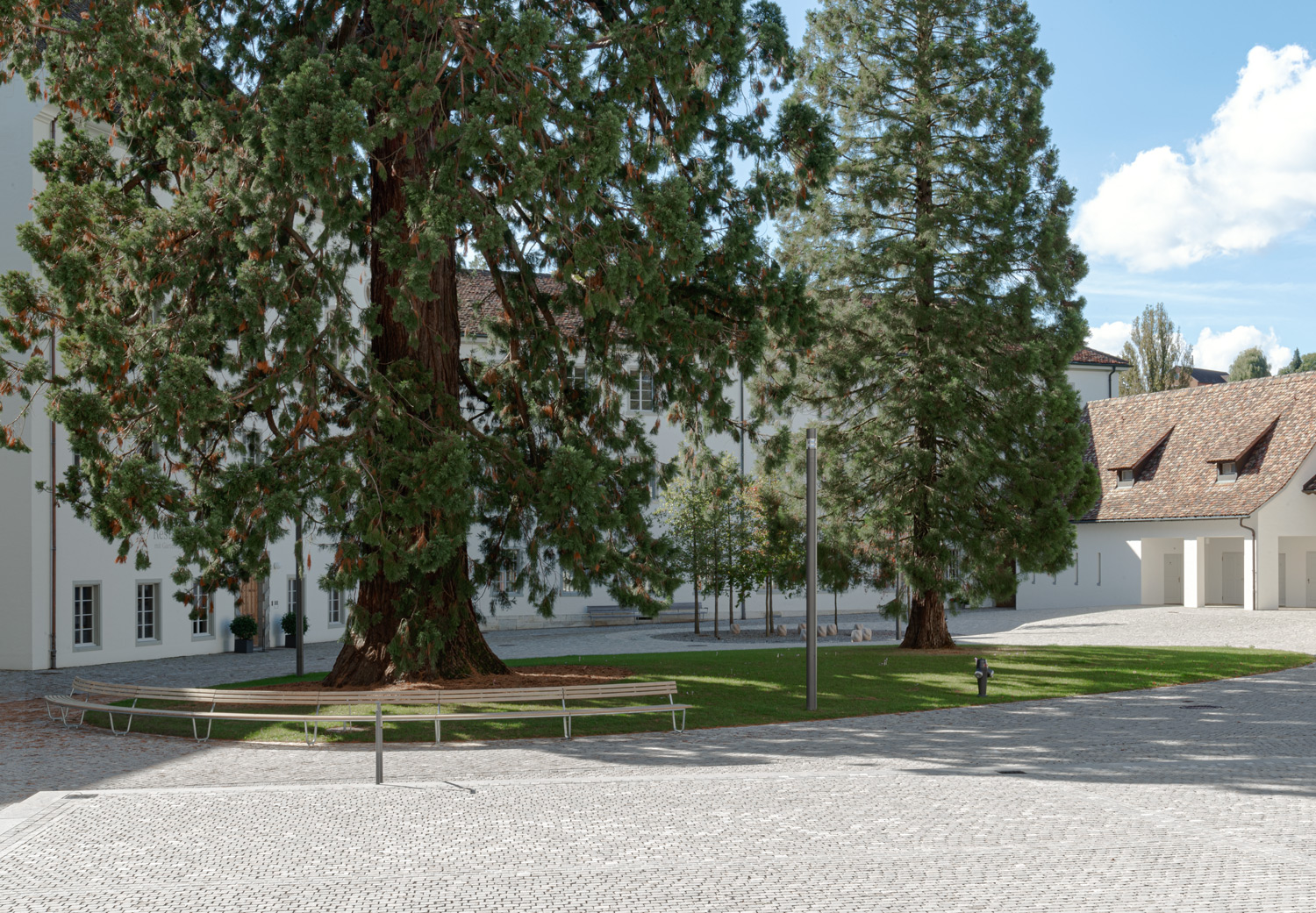 With the repeated change of use, the threshold between the religious and the profane world has also shifted: whereas in the past this was precisely perceived in spatial terms due to the island location in the Rhine and its crossing up to the point of passing through the courtyard gate, the boundary has shifted invisibly into the courtyard itself: formerly a monastery and hospital cemetery within the walls of the religious world, the site first became a garden, now a courtyard that can be used in a variety of ways, whereby elements from different phases have been preserved and integrated with the medieval well and the sequoia trees.

To make the difference between the two worlds readable again, subtle differences in height were introduced in the courtyard: additional steps lift the forecourt of the church towards the middle out of the paved courtyard. However, no differentiation was made about the material and the laying pattern; everything is paved with the same stone. Only a fine stripe pattern, which is achieved by changing the joint width and is based on the square order of the church towers, emphasizes the church forecourt in addition to the height levels. 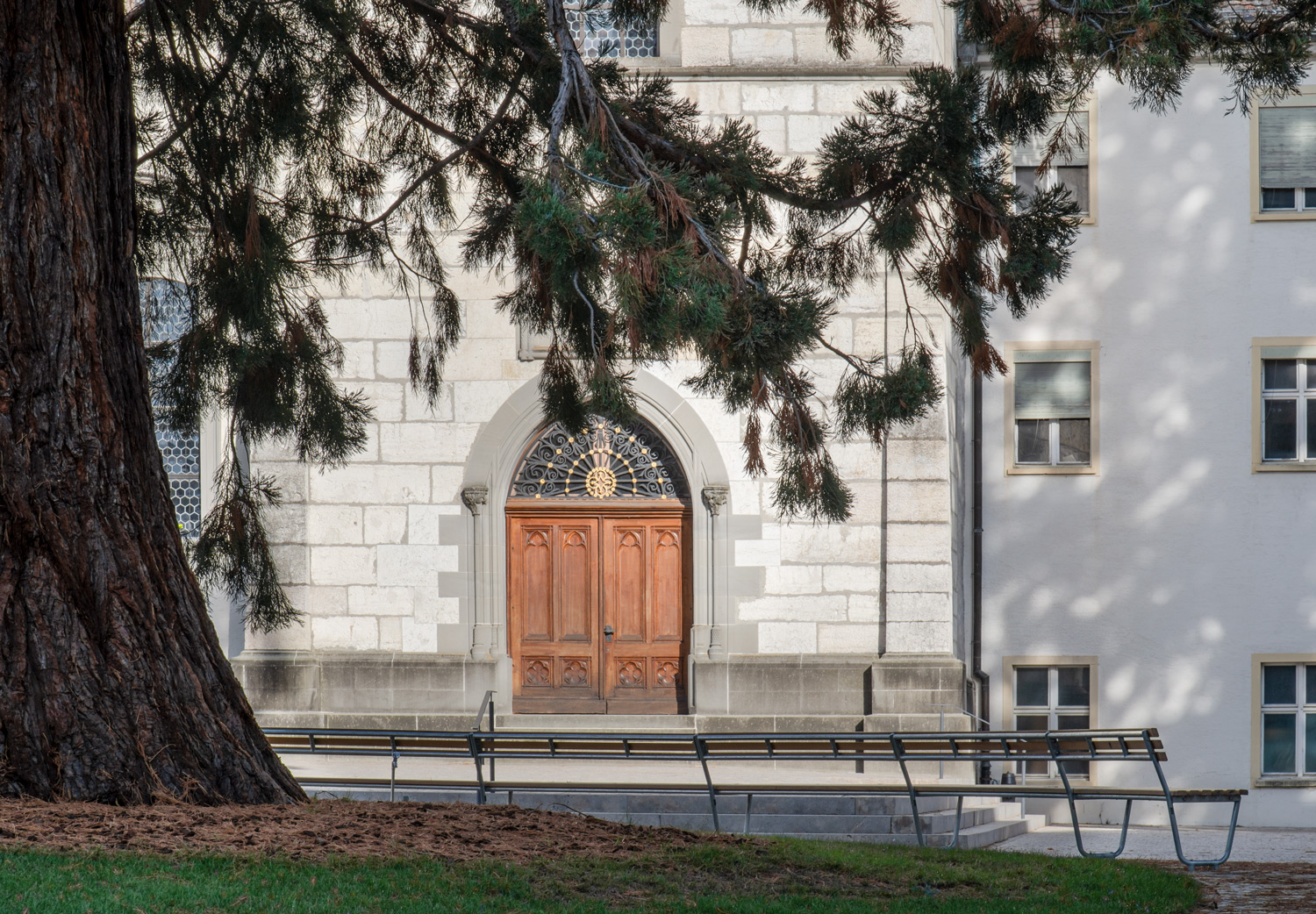 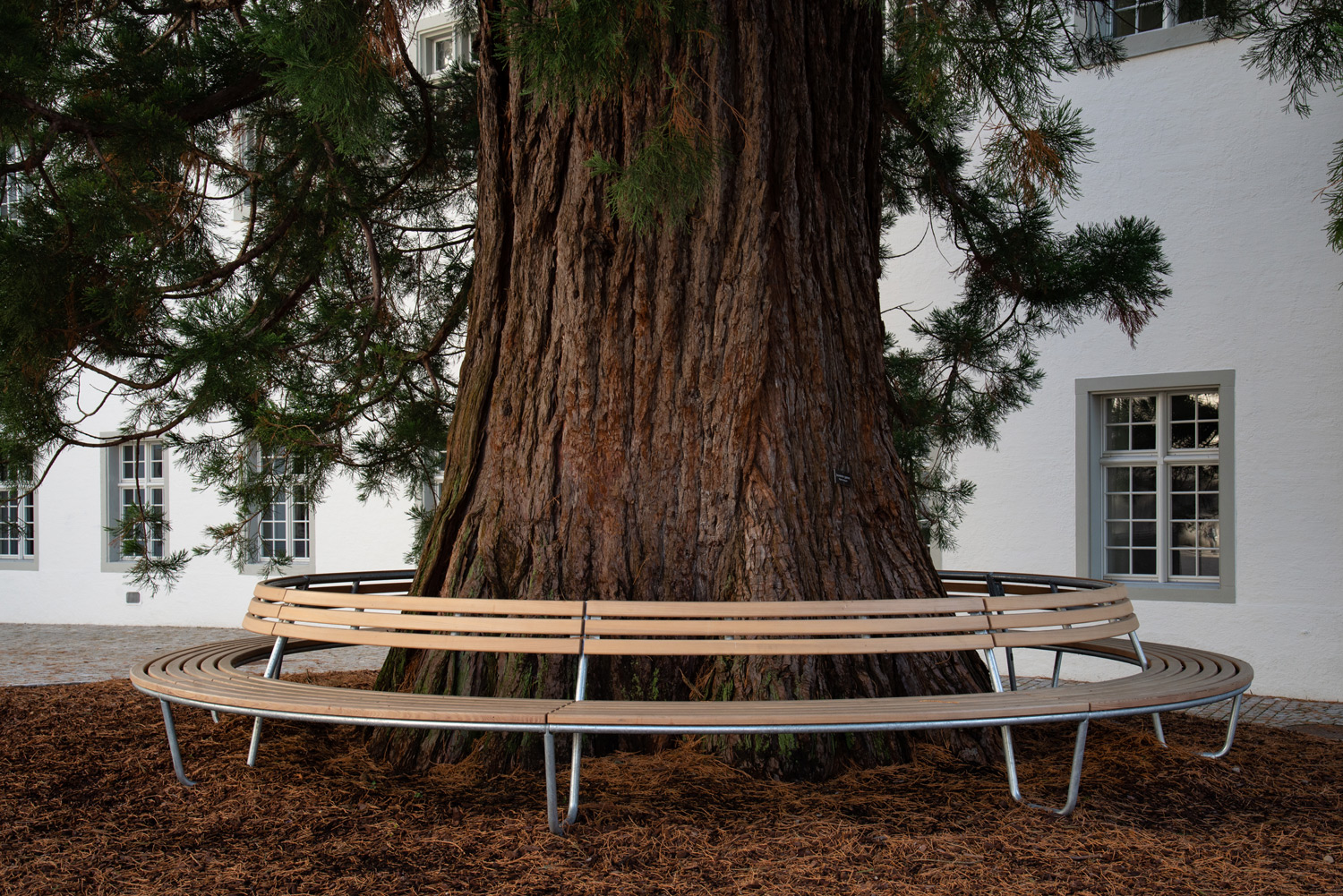 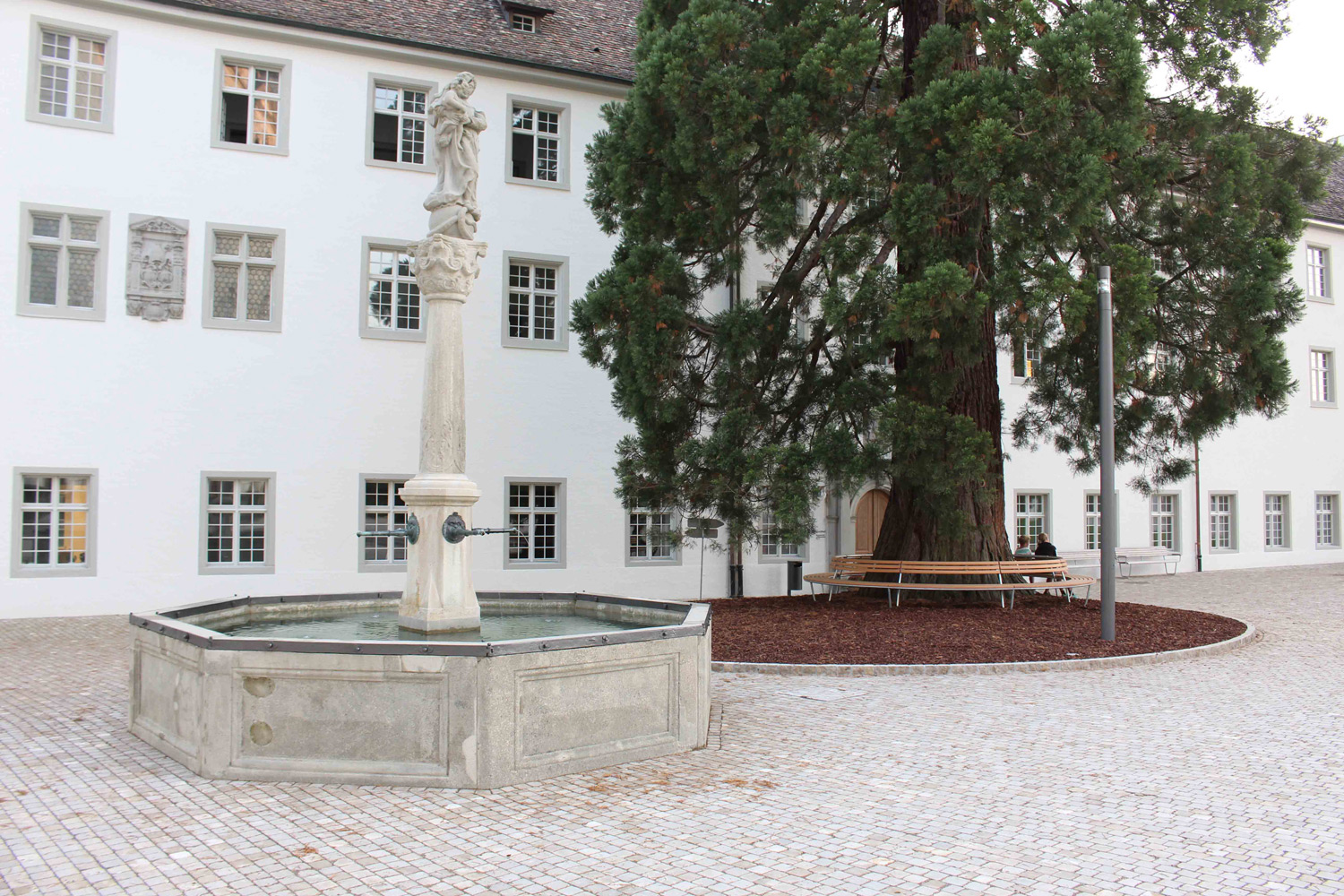 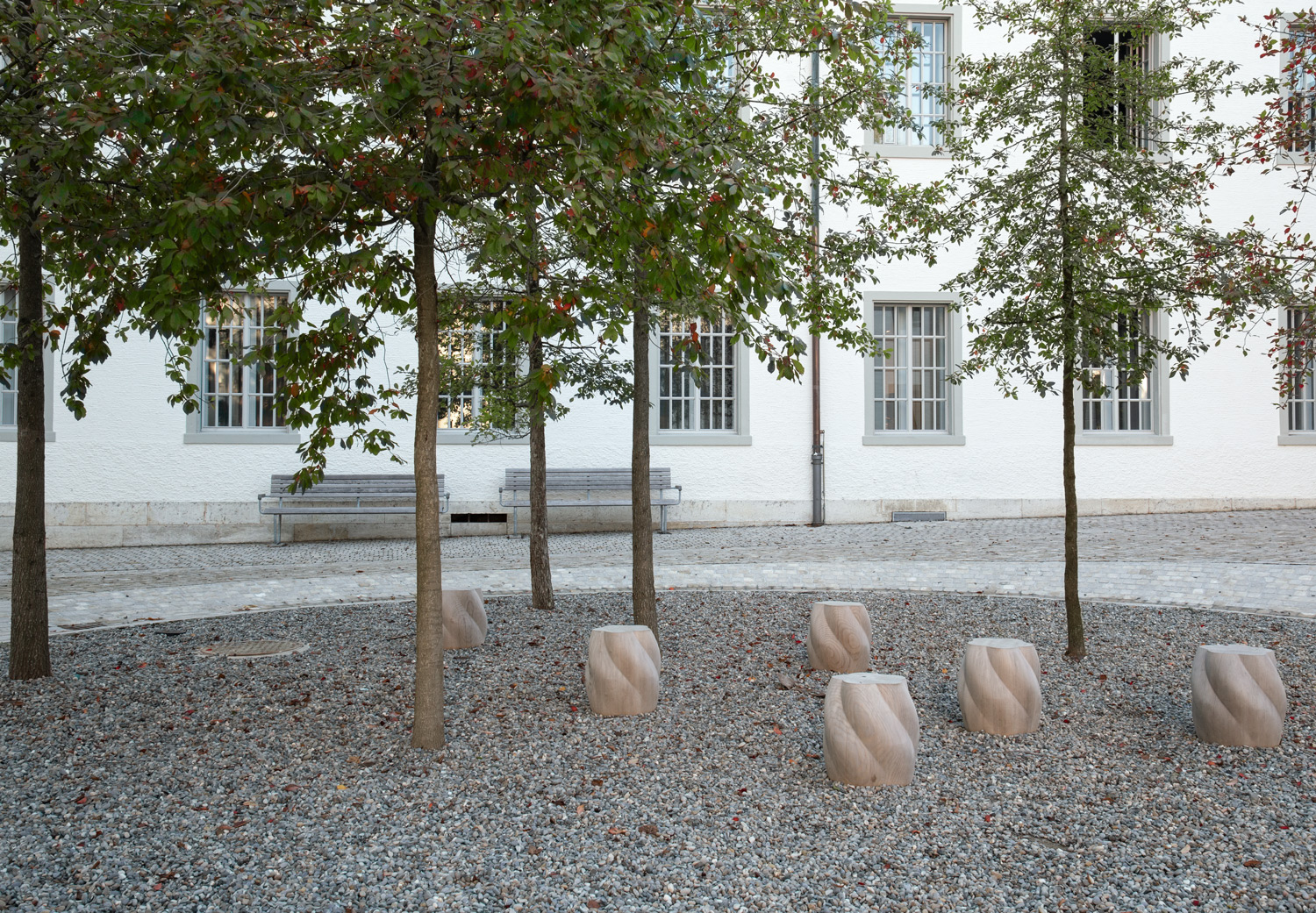 Kolumba - Museum of the Archbishopric, Cologne

Between Old Walls and New Architecture