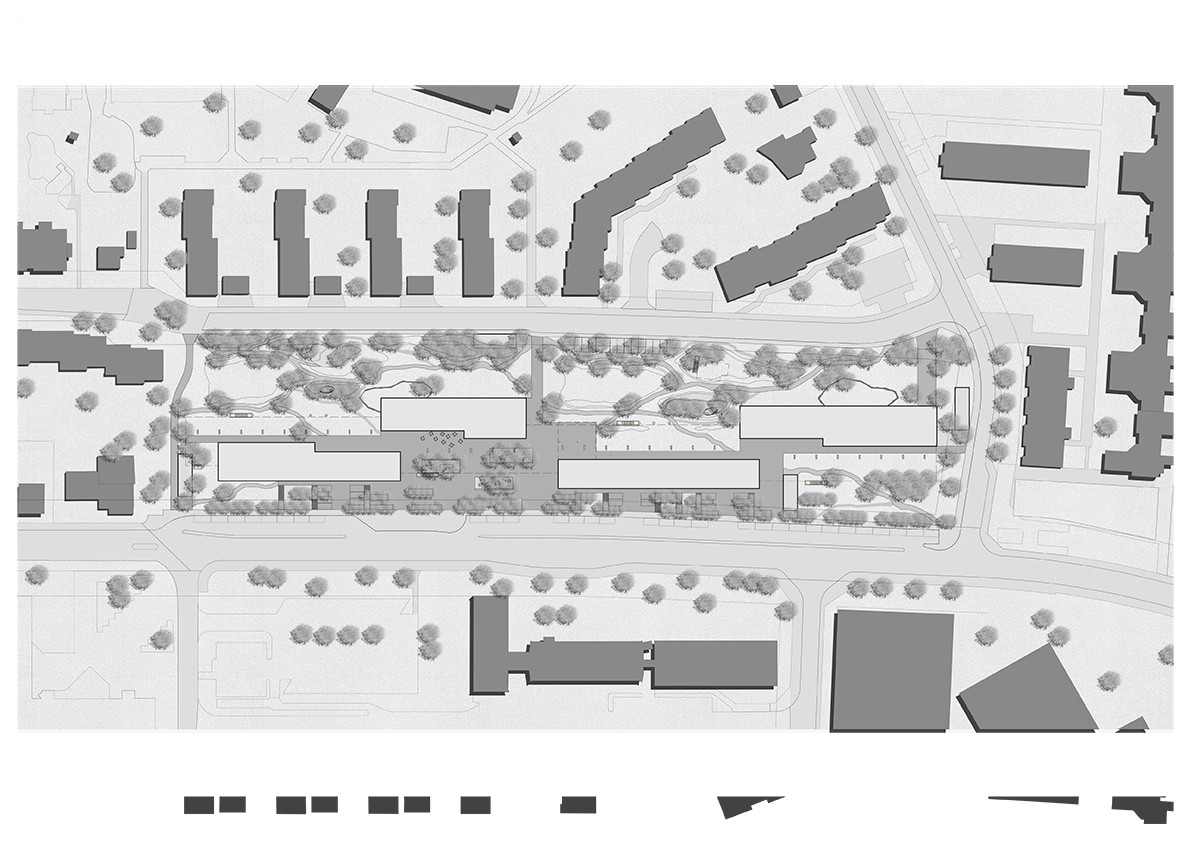 The buildings divide the landscape into two parts. The western area, facing an existing residential area, functions as a park landscape with facilities for sports, play and leisure. The quiet Mittackerstrasse connects it to the ASIG residential estates in the neighborhood. At the head of each plot, the park stretches around the building wing as a unifying design feature. The narrow area by the busy Schaffhauserstrasse is seen as an extension of the road. Between the buildings A, B and C, the road area proceeds into a square. 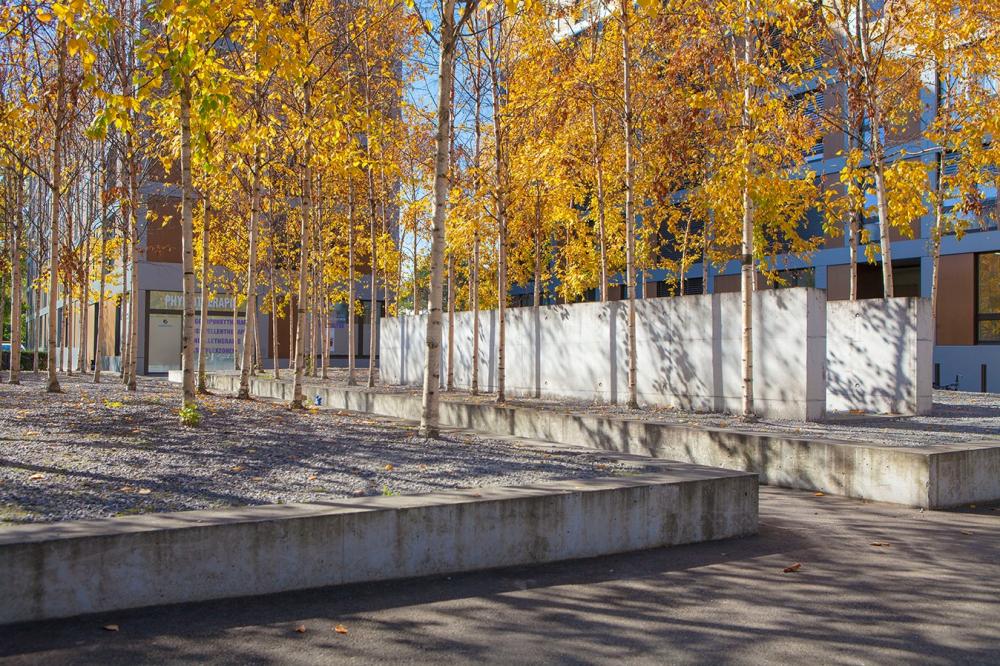 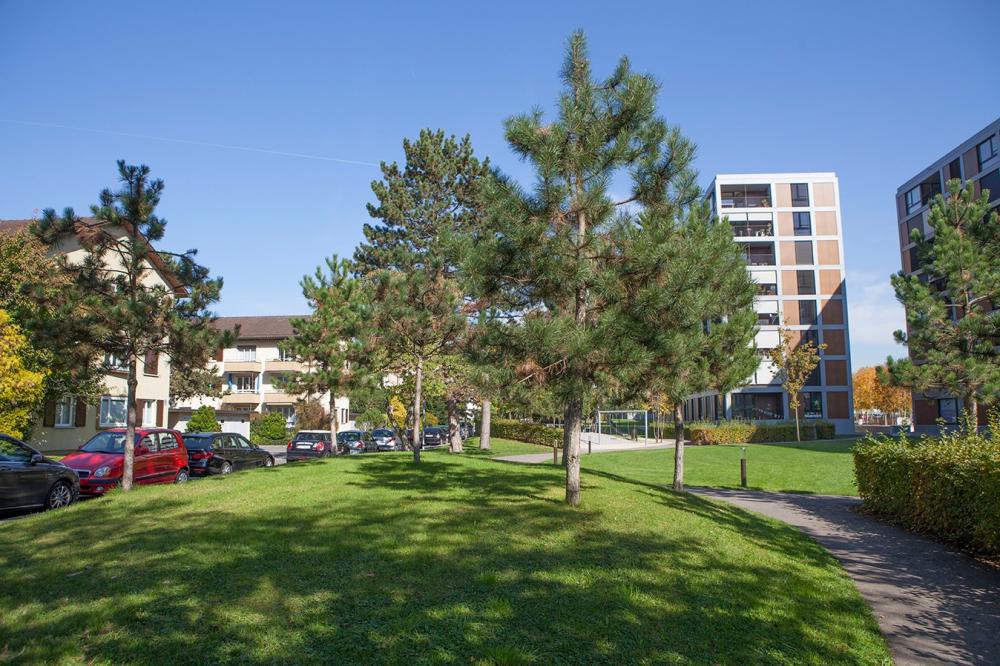 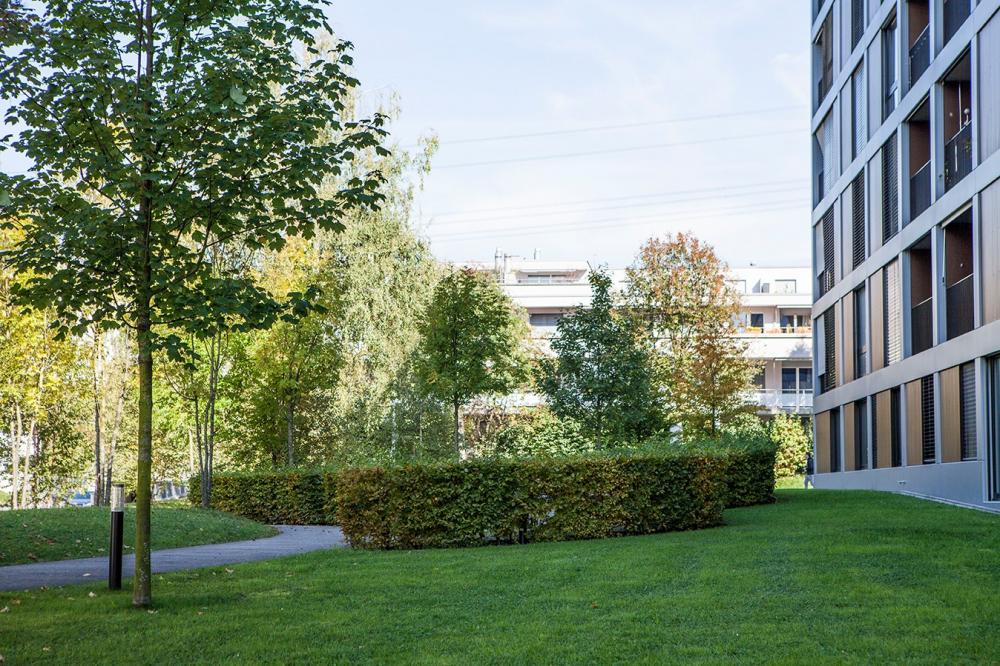 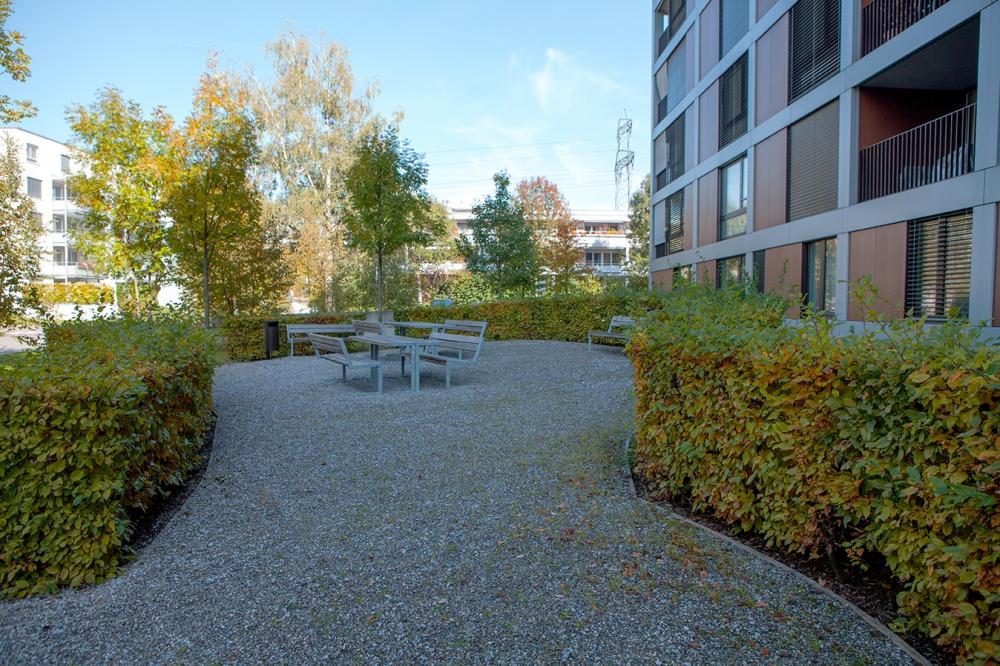 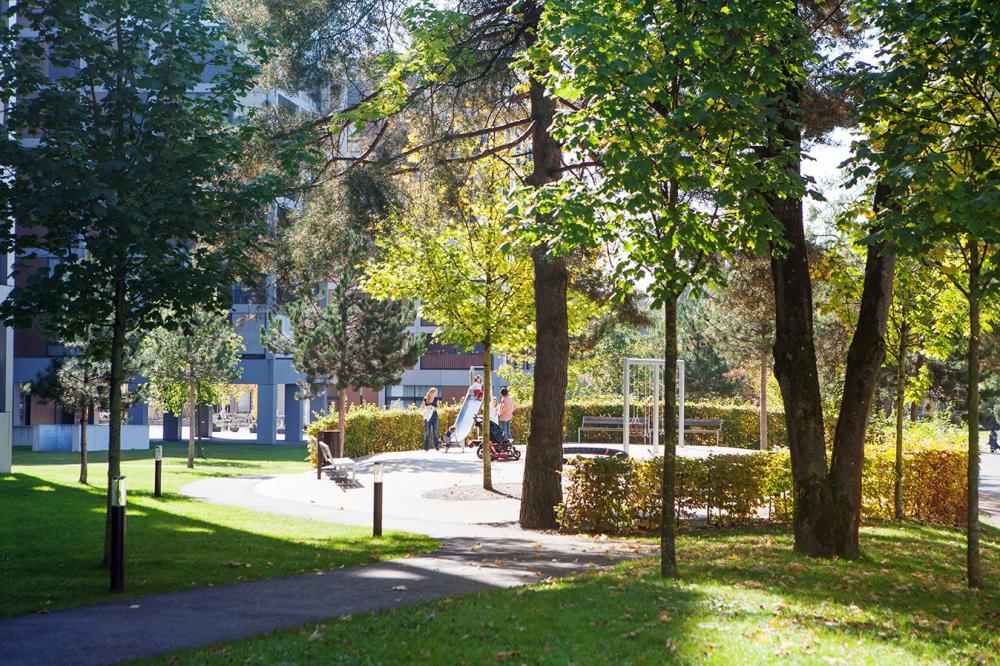 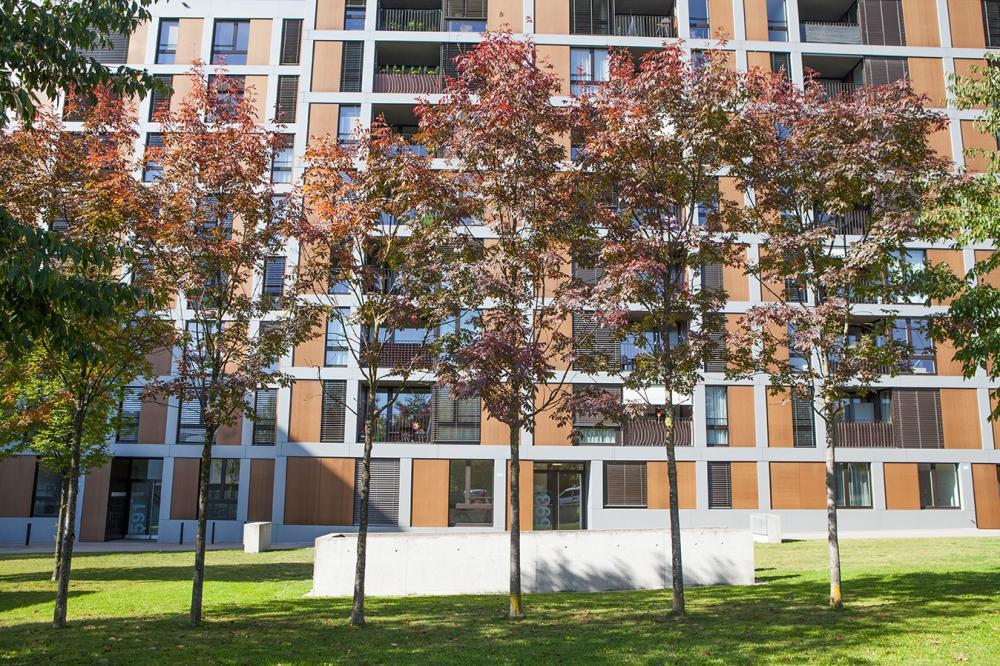 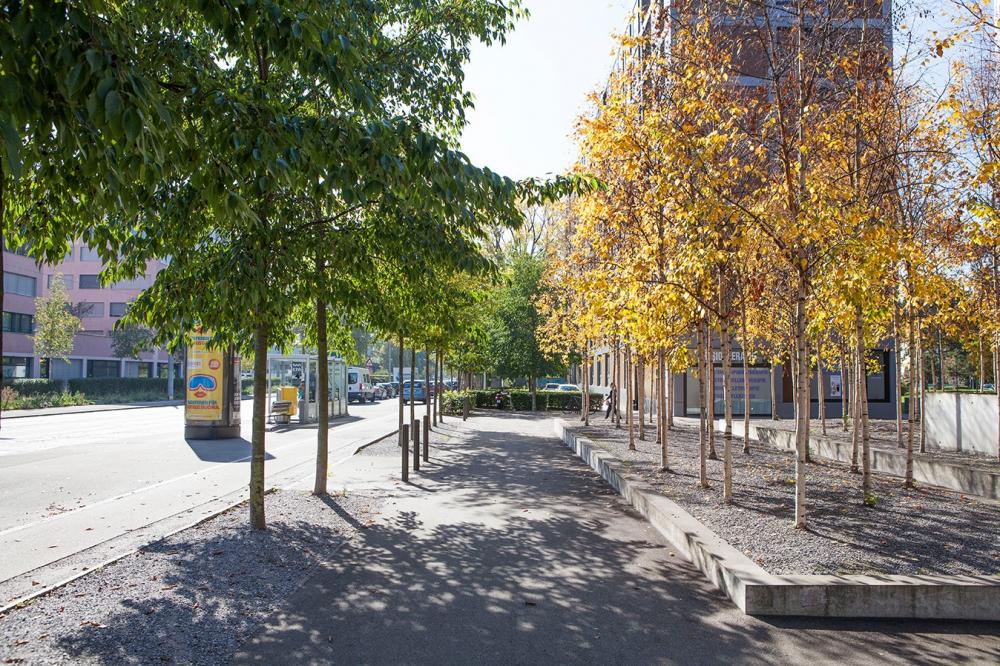 The park features a gentle topography with pathways carved into it. As the winding paths are recessed, walking along them gives the residents and visitors different and new perspectives. A belt of trees on the park side forms a spatial counterpart to the long buildings and functions as a permeable border to the Mattackerstrasse. Thereby existing trees have been preserved as much as possible. The already present trees, black pines, hornbeams and plane trees, are complemented with new trees of the same species. Making use of different qualities, the existing trees are integrated into new groups optimally. Ashes, which grow loose, diaphanous crowns with their feathery leaves, enrich the biodiversity of the park. Oaks are planted as single trees in the play area or as avenues. Hornbeam hedges embrace the play areas, separating it from the private spaces. In the road area there are dwarf-sized varieties of the same genera as those planted as in the park. The trees along the road are set in loose, shifting rows, forming a clear border to the Schaffhauserstrasse. Trimmed beech hedges partition the elongated road area and define the parking spaces for cars and bicycles.

A Garden within the Courtyard