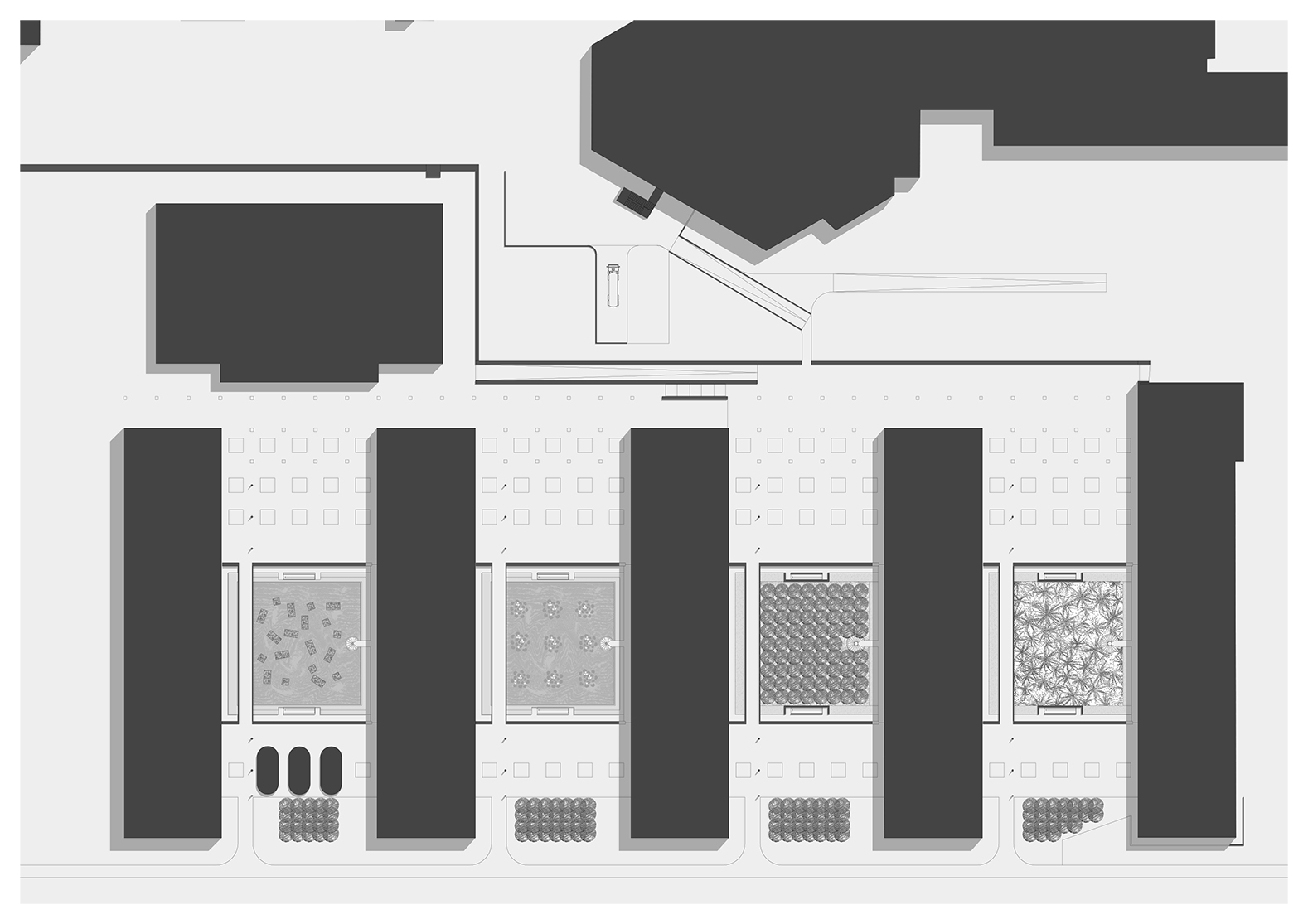 The design of the inner courtyards comprises four greened courtyards of identical size, situated between the five sections of the institute, and four rectangular areas planted with equally tall trees in the axes of the courtyards forming a visual conclusion of the perimeter against the open countryside. Although the vegetation takes up the strict order of the building and harmonises with the architectural grid, its vegetal appearance and varied colours alleviate the architectural severity. A distinguishing element of each courtyard is the characteristic choice of plants, which also facilitates orientation. Each courtyard refers to a particular environment and represents one of the four seasons with the blossoming of the plants. 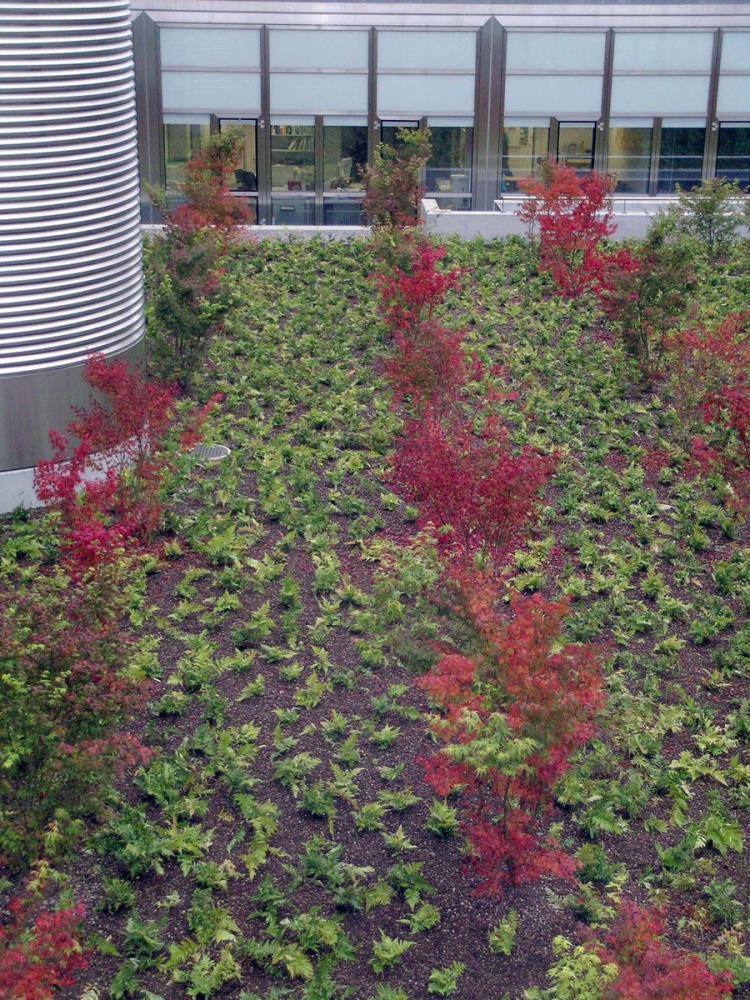 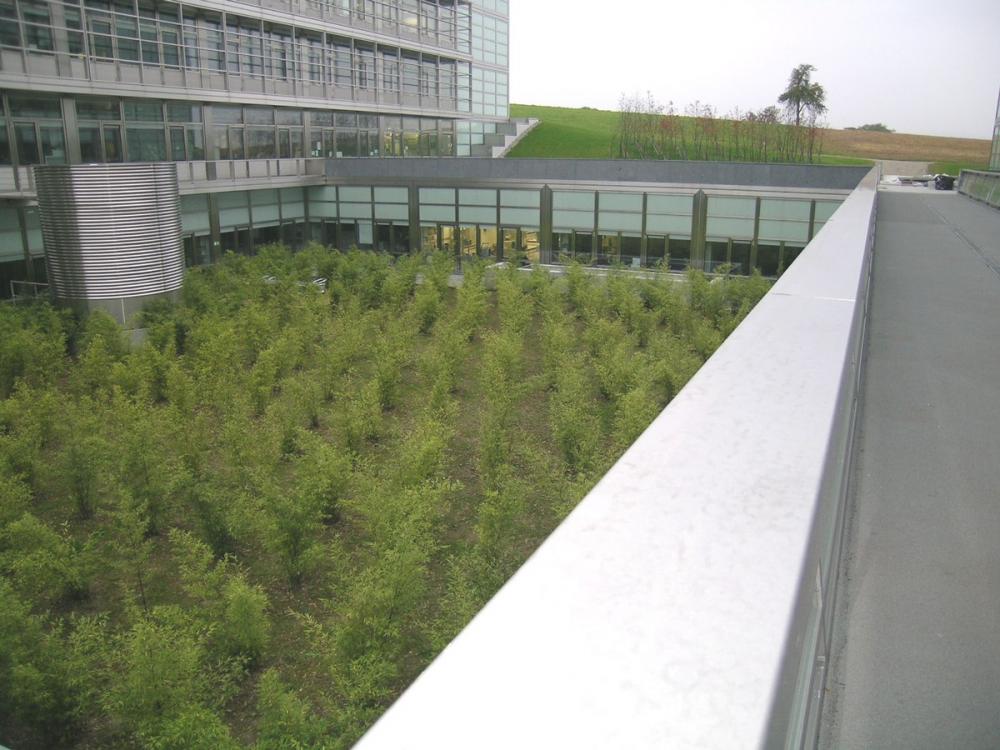 In spring, the first to bloom are the marsh marigolds in the rushes of the first courtyard. They are planted in square, floating steel islands fixed to the bottom of the pond to prevent drifting. Wind and current nevertheless alter their position, creating an interplay of order and disorder, rigidity and movement. In summer, the eye-catchers are the water lilies in the pool of the second courtyard, which emphasise the horizontal water surface upon which the water lilies spread out like a carpet The accent in the autumn is on the intensive red of the autumnal leaves of the maple copse in the third courtyard, which creates an effective contrast to the discreet colour of the building. The thick bamboo grove in the fourth courtyard remains green throughout the winter, and the pliant stalks and shimmering leaves of the bamboo combine to create a corporeal yet light, airy appearance.

The Image of a Garden