The landscape concept for M+ engages the broad geologic and botanical history of Hong Kong, as well as the unmatched location and prospect of the site itself. Regionally, the morphologies of granitic, sedimentary, volcanic rocks are formed by routine tropical weathering. This cycle generates a distinct range of erosive habits in the rocks, notably uniform jointing patterns in each rock class, a response producing tough fi ssures often occupied with a surprising range of plant life. The M+ concept also calls on the  emphatically urban nature of the contemporary phytogeography of Hong Kong - the modern geology of the site. The interplay of these fundamental elements - water, rock, and fl ora - produces a range of interacting but independent spaces. Materials and plant palettes recur subtly modifi ed throughout the scheme, integrating the succession of spaces while also expressing the versatility of local elements.

The large podium roof is composed of two related sides: a northern half and southern half. On the roof, slabs of concrete are divided by long joints. Built into the strict geometry of the concrete are curvilinear, biomorphic planting fields. Slender paths wind around and through these organically shaped planting zones, carving out a range of scaled gatheringspaces. Twelve related plant palettes, composed largely of subtropical monocots, have been selected for foliage, suitability, and form. 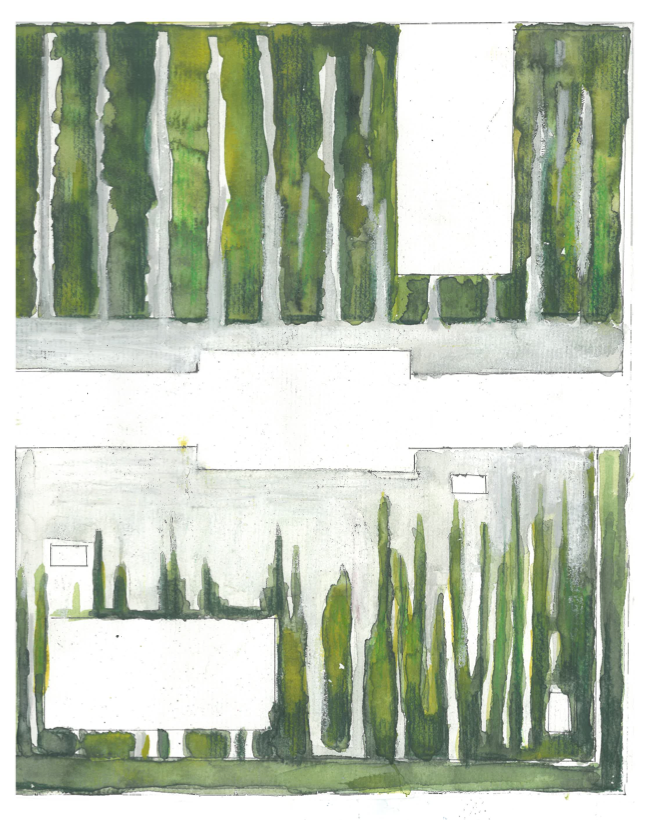 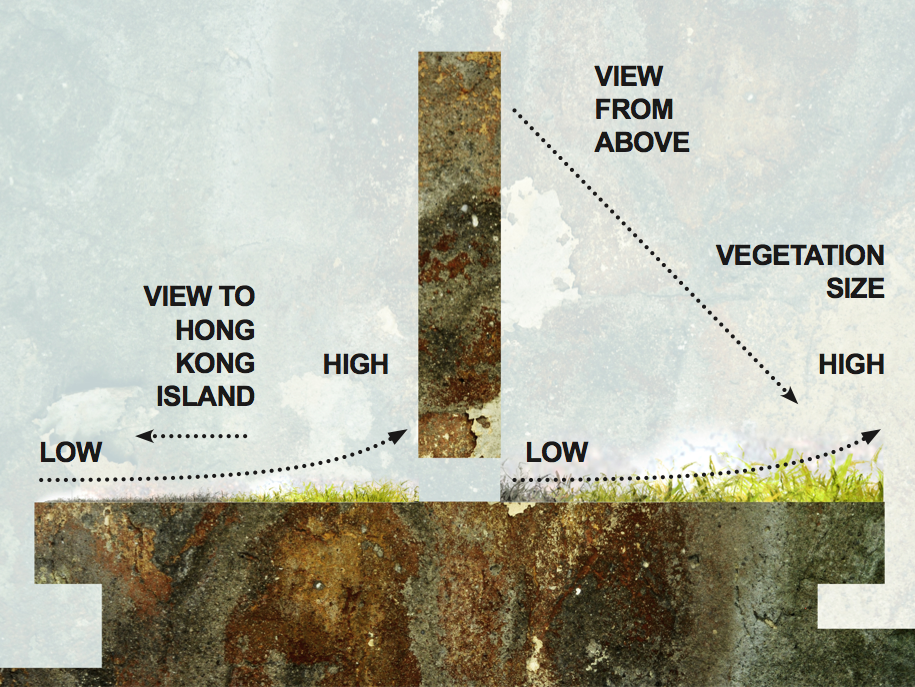 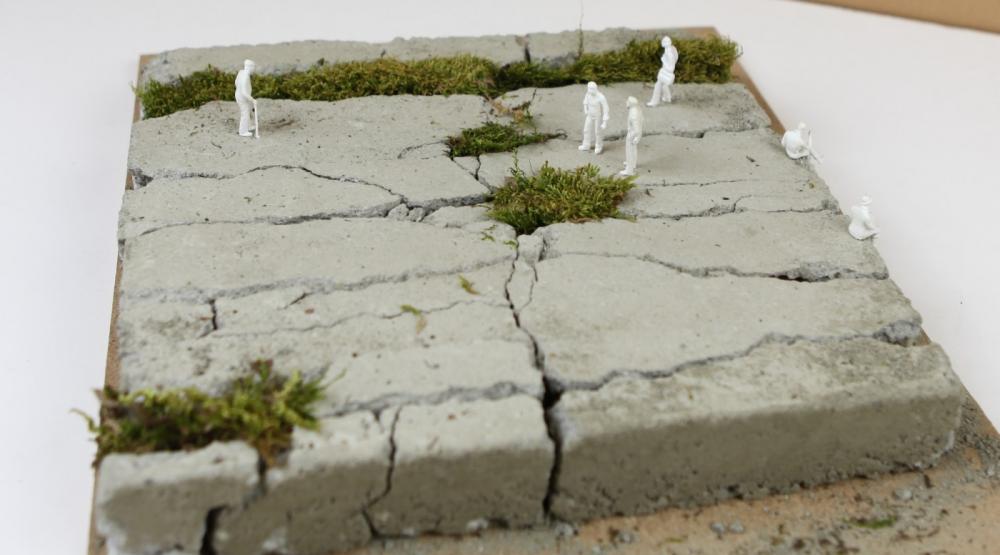 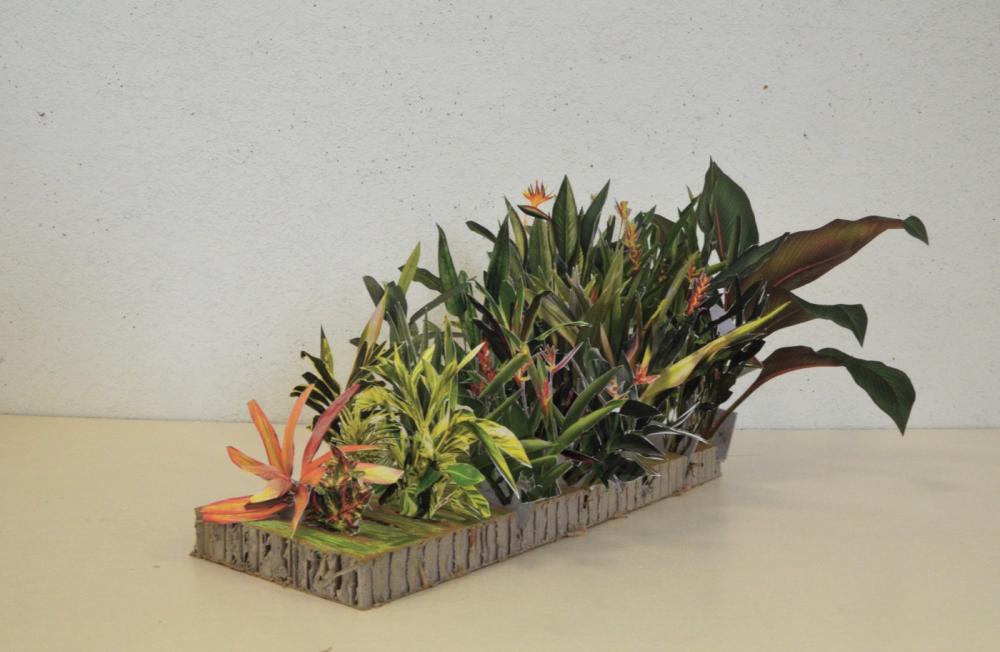 The selected species are marked by their subtle gradations and modulations of color, as well as the formal architecture of their leaves and flowers. These species are arranged into vegetative clans, led by a majority species, and supported by a set of supporting species. Dense mass-planting of a restrained planting palette in wide swaths will a generate subtle, graphic fi eld condition,legible from upper stories of the building, as well as on the roof itself. Additionally within each zone, plants are arranged by height and foliage color, building a cadence of vegetation that modulates in section as well as plan, while still preserving sight lines across and over the fl ora towards the Hong Kong skyline and beyond.