In combining mineral extraction, commercial activity, production, and recreation, Rectory Farm sets an innovative example of layered multifunctional intensive land use, providing a new urban park of local and regional significance within the London Green Belt. The design of the new park is driven by the management of landscape and its natural resources and the complexity of laying out a park above a large-scale underground structure in multiple phases.

Rectory Farm is a new 44 ha park built on former farmland in Hounslow, West London. Located within the Metropolitan Green Belt, the site forms part of London’s strategic open space network and the All London Green Grid, an extensive system of green and open spaces integrated within the Blue Ribbon Network of rivers and waterways. On a metropolitan scale, the park reinforces strategic green infrastructure, enhancing the biodiversity of the Crane Valley, and forming a gateway into the Colne Valley Regional Park through cycling and pedestrian connections. On a local scale, it is a park dedicated to neighboring communities which are deficient in public open space. 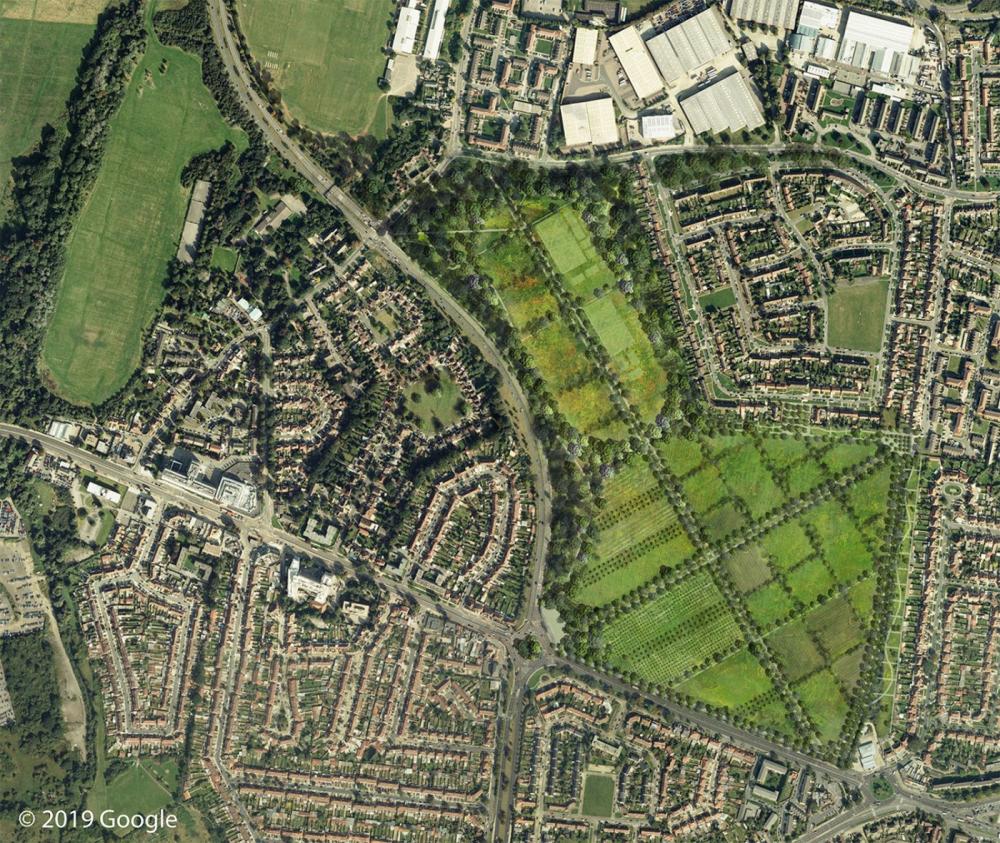 The land is currently inaccessible to the public and lies derelict, as it is unviable for farming owing to its size and concerns over food safety. Under its surface lie large amounts of valuable gravel and sand, and the site has been identified as a strategic supply of building materials for London. The proposed design combines these interests with the needs of the adjacent neighborhoods, by integrating industrial-scale mineral extraction with the creation of a new public park. The design strategy is based on the gradual transformation of the site over several years into a publicly accessible park built over an active gravel quarry. In order to mitigate the negative impacts of long-term open-pit mining, the park will be built on a large concrete slab cast on pile foundations, allowing it to be open to the public while mining continues underground—making it effectively the largest roof garden in the world. Following the extraction of minerals, the space underneath the park will be transformed into a large underground warehouse, strategically located in close proximity to Heathrow, one of the world’s busiest airports. 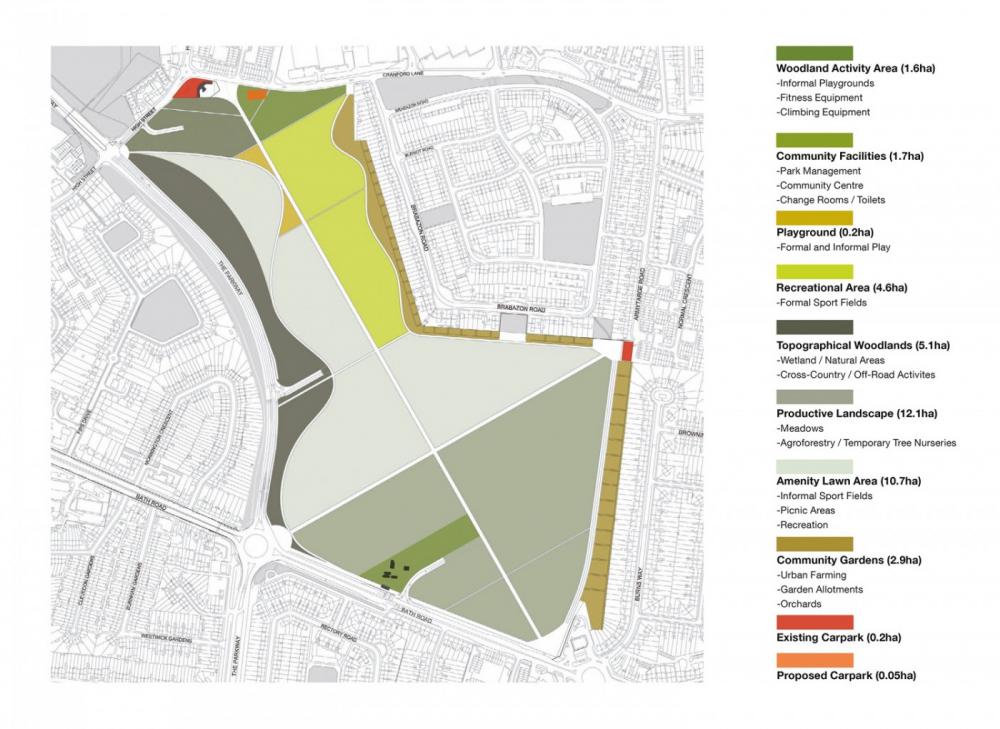 The principles that govern the park’s spatial design are driven by the existing landscape, on the one hand, and by the technical possibilities and complexities of building above a large-scale underground structure on the other. These include the management of water and soil, planting strategies, loading capacities, and buildups over the concrete slab, as well as the logistics of constructing in multiple phases. And while the park design will change throughout the ongoing design and construction process, it is the nature of the site— its hydrology, regional ecological connections, and natural resources—that ultimately provides a set of opportunities and constraints governing its development.

While the construction of new buildings within Green Belt land contradicts local and national policy, the proposal for Rectory Farm has been accepted by the local planning authority, as it delivers a new publicly accessible park of local and regional importance that actively contributes to the objectives of the London Plan on a site that would otherwise remain derelict and inaccessible. The park enhances the Green Belt’s accessibility and provides different uses for its residents and visitors.

The project lets mining, recreation, and commercial activity coexist in time and space, and as such it establishes an innovative precedent for multifunctional intensive land use and natural resource management in a dense urban environment. 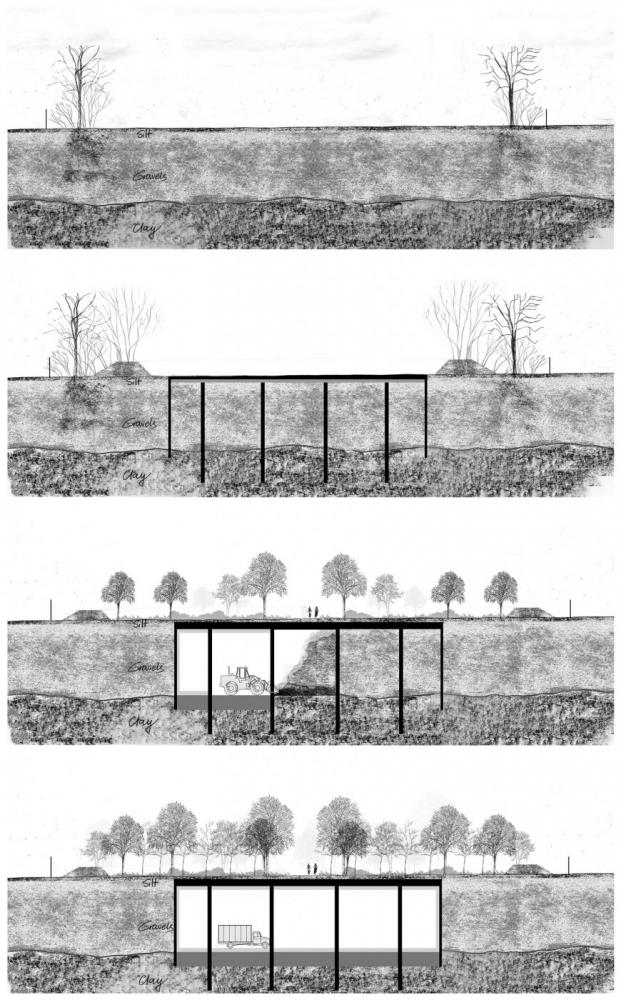