The idea of hosting the 2012 Olympics in London had at its core one of the largest urban regeneration projects to have ever been undertaken in Europe. Indeed, the overarching theme of the Olympic bid was a “lasting legacy of sustainability” for the Lower Lea Valley, an area that, since the decline of industrial production in the 1960s, had become one of the most deprived in the UK. The Olympics intensified the speed and focus of change in the area and catalyzed the initiation of a number of projects at diverse scales, before, during, and after the games. Located within the Queen Elizabeth Olympic Park, the new campus for University College London is one of the many projects still flourishing on the basis of this long-term legacy.

The River Lea is the largest natural tributary of the Thames within the Greater London area. During medieval times, its low-lying fluvial landscape and meandering flood-prone streams became a natural boundary and a marginal landscape. The poor soil and strong westerly winds, its proximity to the Thames, and the energy that could be extracted from its tidal reaches have made its valley an ideal conduit for industry and profit since the seventeenth century. Over time, the site’s inherent characteristics and multiple transformations caused by human intervention contributed to a physically fragmented landscape. The confluence of numerous water courses and the presence of extensive regional infrastructure have meant that this vast territory remained relatively underdeveloped up until the second half of the twentieth century.

Early redevelopment plans were articulated when Sir Patrick Abercrombie proposed turning the Lea Valley into a “green wedge” as part of the 1944 Greater London Plan. In 1967, this was realized as the Lea Valley Regional Park. However, the lower valley remained a disjointed part of the city, an apparent rift between the dense urban buildup both to the east and west sides. 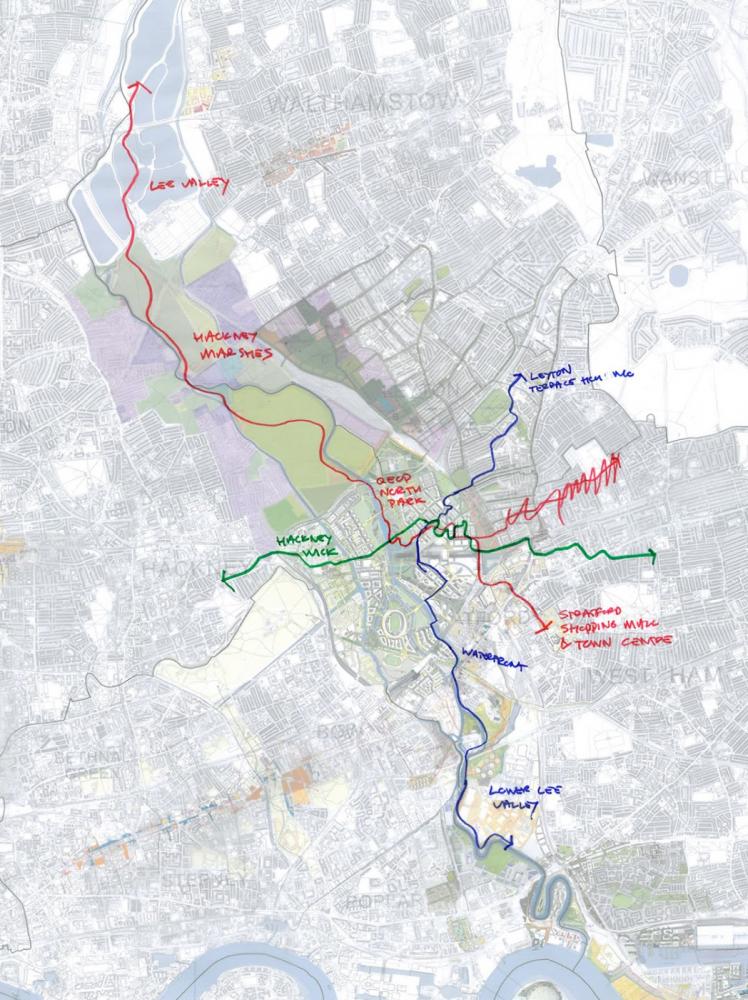 In 2005, a new opportunity arose to “stich” the area with the surrounding urban fabric when London was chosen to host the 2012 Olympic and Paralympic games. London’s key argument for the selection was the lasting legacy of sustainability that it promised for the Lower Lea Valley. Unprecedented in scale and pace of development, this project was true to Abercrombie’s ambition and extended its boundaries south down to the Thames. At the center of the regeneration program was the design of the Legacy Masterplan Framework and of the Queen Elizabeth Olympic Park, both of which aimed to integrate the site’s existing features with a complex and fragmented urban fabric.

Once the games were over, the transformation of the Olympic landscape into a livable neighborhood was one of the key challenges involved in establishing the site as part of the wider public realm. The East Village, situated on the doorstep of the Queen Elizabeth Olympic Park, was the first residential legacy, as it became home to more than six thousand new inhabitants after temporarily hosting the athletes during the games. Inscribed in the long-term urban transformations that continue to shape the Lower Lea Valley, the new campus for UCL East is one of the numerous large-scale institutes that are beginning to populate the Queen Elizabeth Olympic Park. 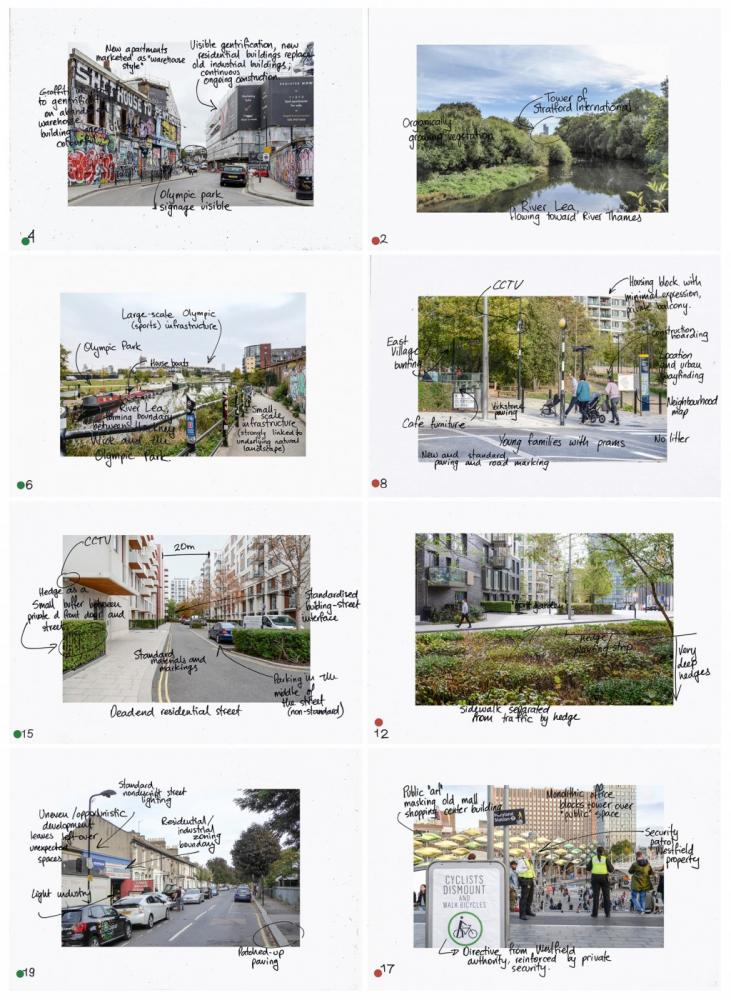 The Shape of a Walk