In the midst of a residential neighbourhood, the remains of the former spinning works and silk mills still refer to the industrial history of the town. The contrast formed by the old industrial architecture and the new buildings results a long oblong courtyard enclosed on three sides.

The open courtyard situated on a higher level is accessed by narrow entrances. Owing to the slight incline of the adjacent streets, the level and the direct access to the courtyard changes. On the basis of its urban context, the project refers to the public space rather than to the garden or park. The themes of this space feature a staged landscape with elements taken from the town and country. As typical alley trees, the plane trees serve as a reference. However, they were grown in the tree nursery without supports in order to give them special forms to distinguish them from the usual street tree quality.

The slightly modulated ground recalls the hilly countryside surrounding St. Gallen. The wind is a given force that creates a certain momentum. 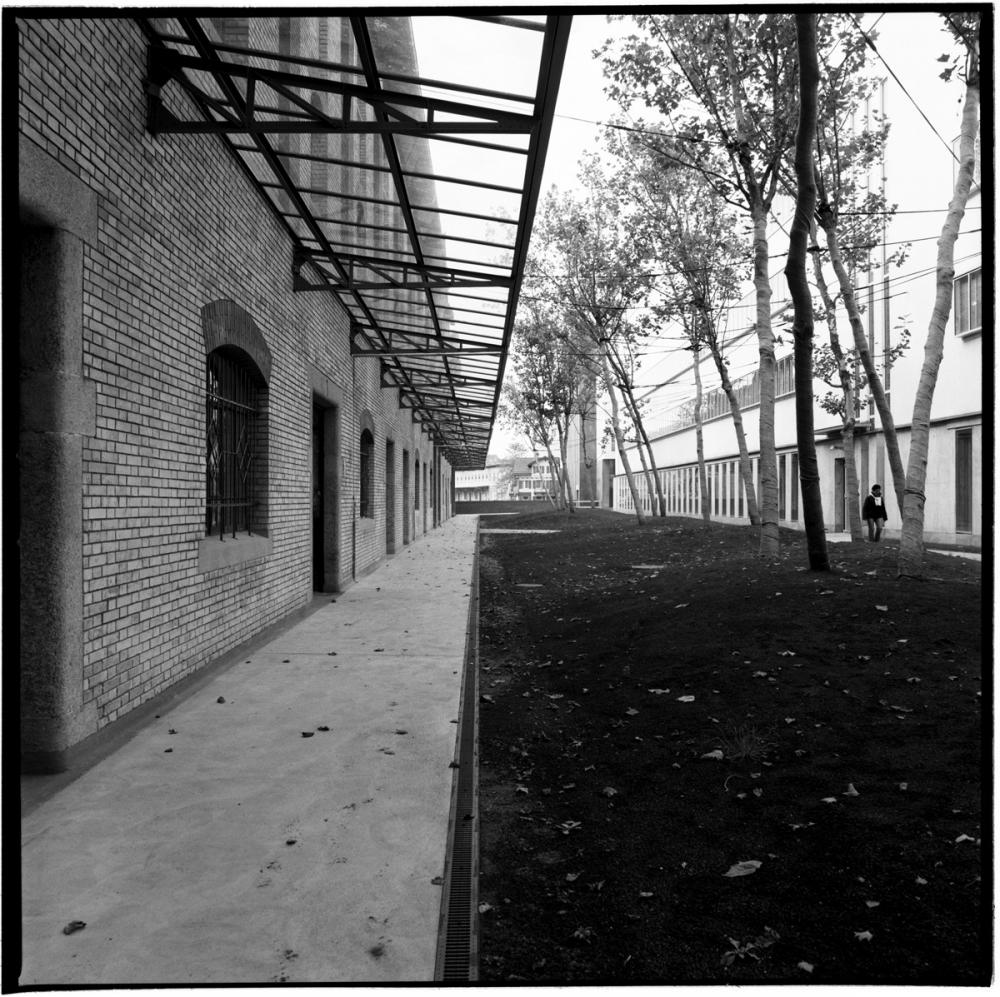