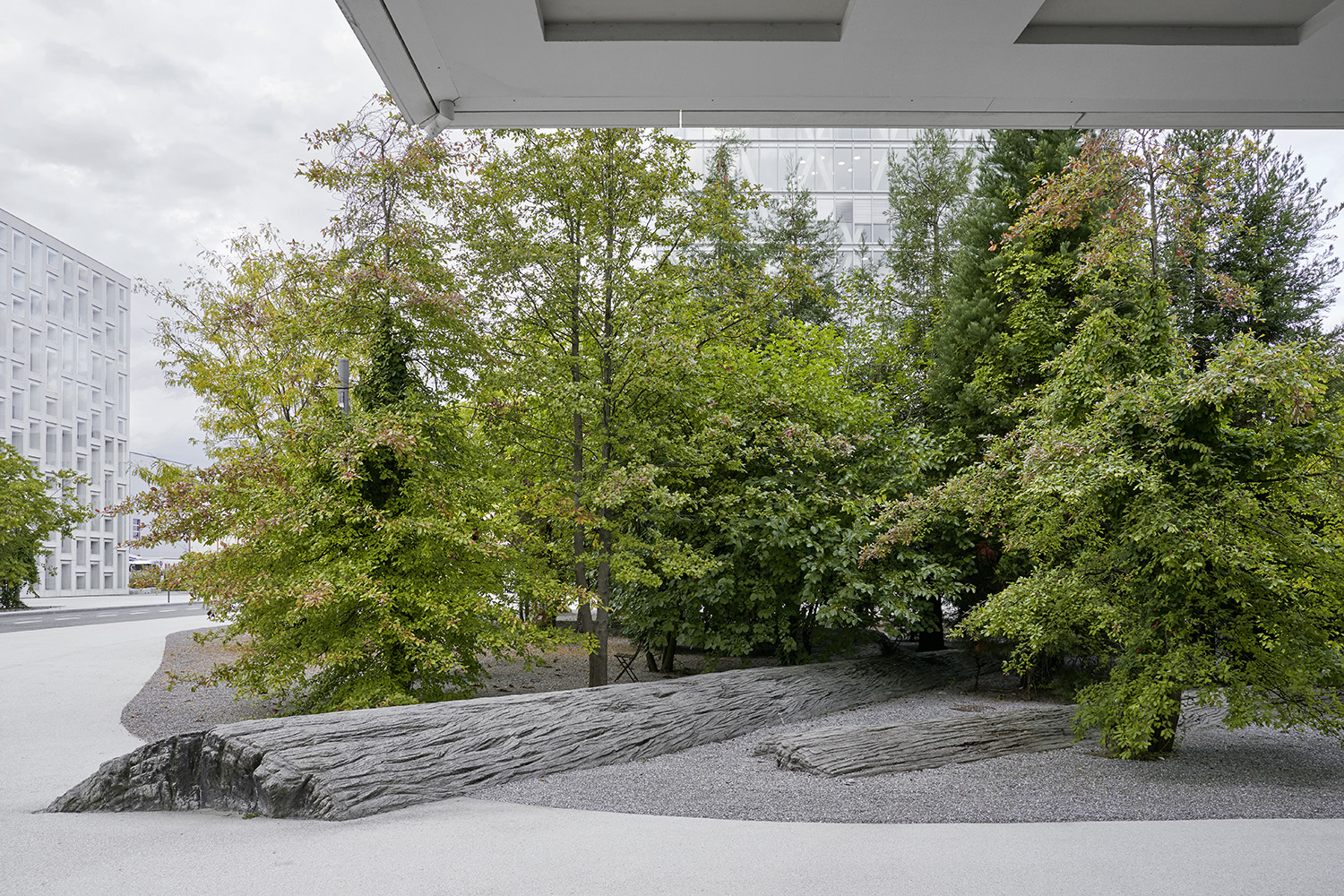 The development of Rotkreuz has been determined in many ways by external influences. Originally a linear settlement on the connecting route between Cham and Lucerne, the present-day appearance of the town was largely conditioned by the construction of the railway. Its inclusion in the Greater Zurich Area and subsequent rapid growth have resulted in new centralities, albeit at a certain distance from the historical core of the village and without much diversity of use. There is no social and cultural center, as the realities of contemporary urban planning are unable to accommodate the desire for a village square with Rathaus, church, village inn, and linden tree.

Following the decision of an international company to transform its existing production site in Rotkreuz into its European headquarters, several administrative, laboratory, and production buildings, a staff restaurant, and a training center were built on the northern edge of the municipality within a relatively short space of time. If the area had been photographed a few years ago, the pictures would have shown several logistics and production halls, organized along purely functional lines and wedged between two freeways. 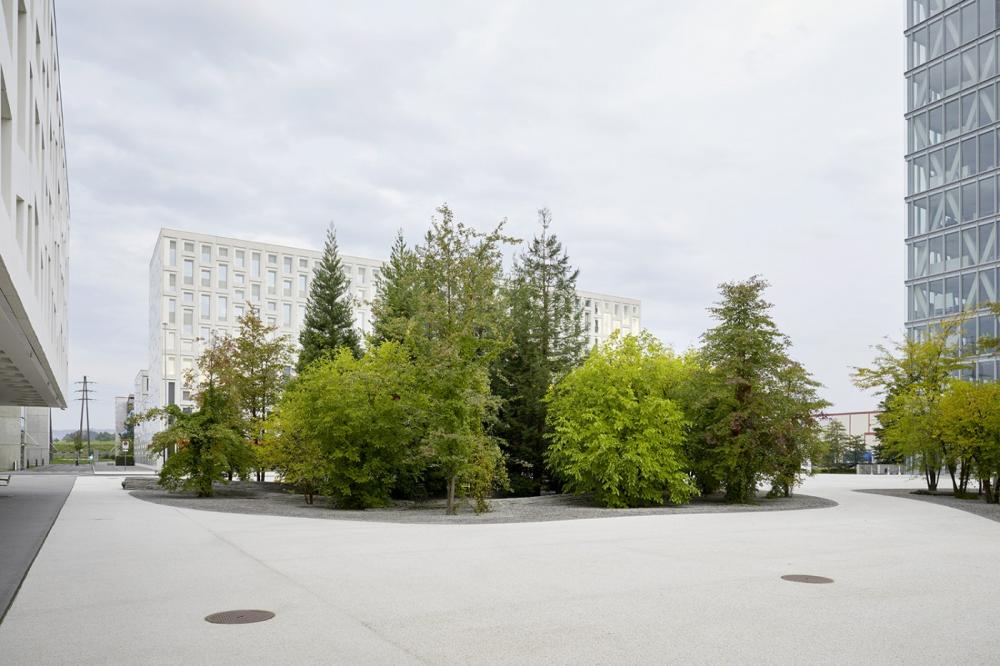 The richness of the area can only be revealed by scientific maps and an in-depth survey of the site. A study of the local hydrology, geology, and potential natural vegetation reveals deposits of lake marl, high levels of groundwater, and a vegetation palette typical of what was once a low-lying moor in the vicinity of today’s campus. While it cannot be seen in photographs, the reason for this phenomenon is visible in the maps: a small lake, once located here and linked to Lake Zug, that has silted up over the past millennia.

The foundation work for the new buildings was hampered by the remains of plants and seeds preserved in the soil from a landscape that has long since vanished. Despite the complications, this phenomenon also provided the basis for the landscape design. Various “inlays” are distributed throughout the square, which look like excavation sites and contain artificial fossils and models of fallen sequoia trees made of sprayed concrete. These models act like nurse logs, providing shelter and nurture for young sequoias. This has given rise to a new generation of growth that seems exotic by today’s standards—a wooded area supplemented by other forest species that were native to Lake Zug at the time, such as bald cypress, wild magnolia, tupelo, and hickory. The trees are covered with creepers, reinforcing the sense of «wilderness». 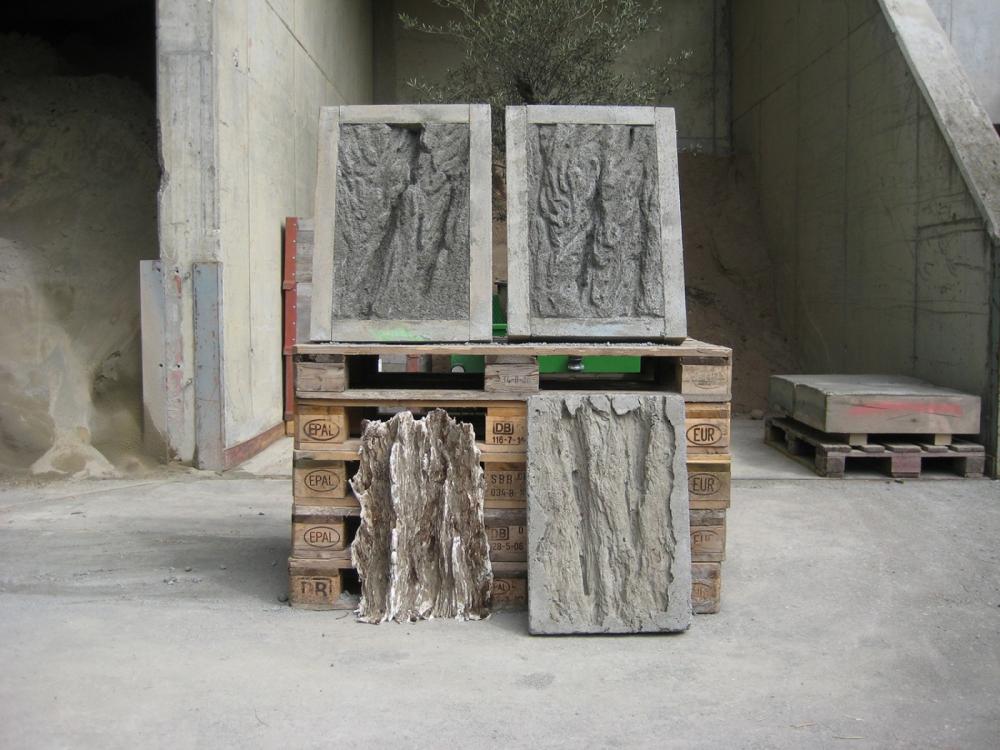 On the central plaza, whose structure is based on a square, the inlays define spaces of different sizes that respond to particular situations and can be used in various ways. For their part, the giant trees, which are now covered with mosses and ferns, point to a different temporal and climatic dimension, an impression conveyed both by their length and the girth of their trunks, whose diameter can only be guessed at.

Based on the design concept, the company itself came up with the name Evolution Square as a metaphor for the development of the site over time. And a few years after its completion, the tusk of a mammoth was found in an excavation pit on the site. 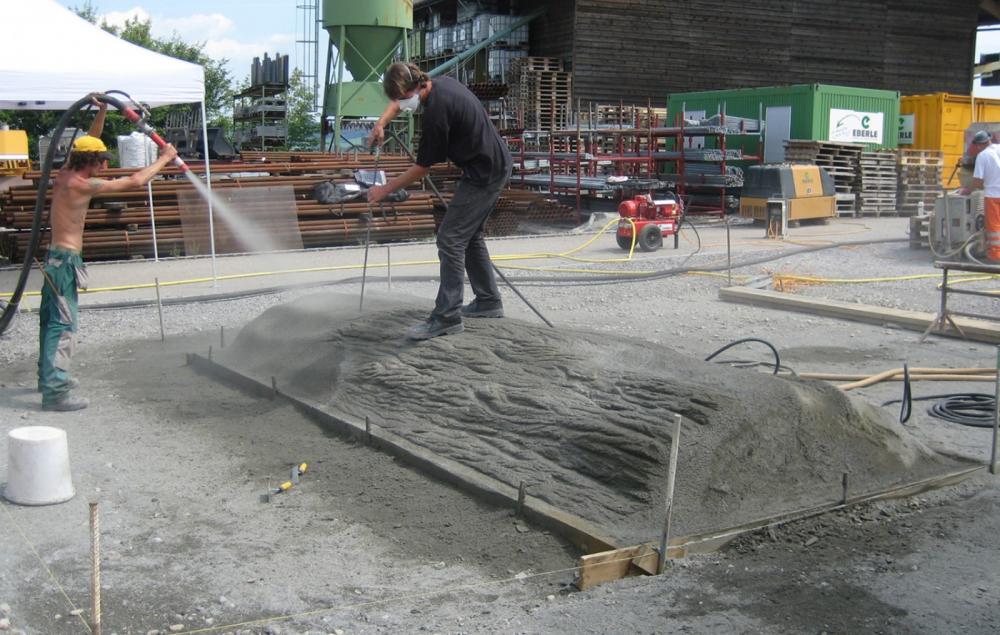 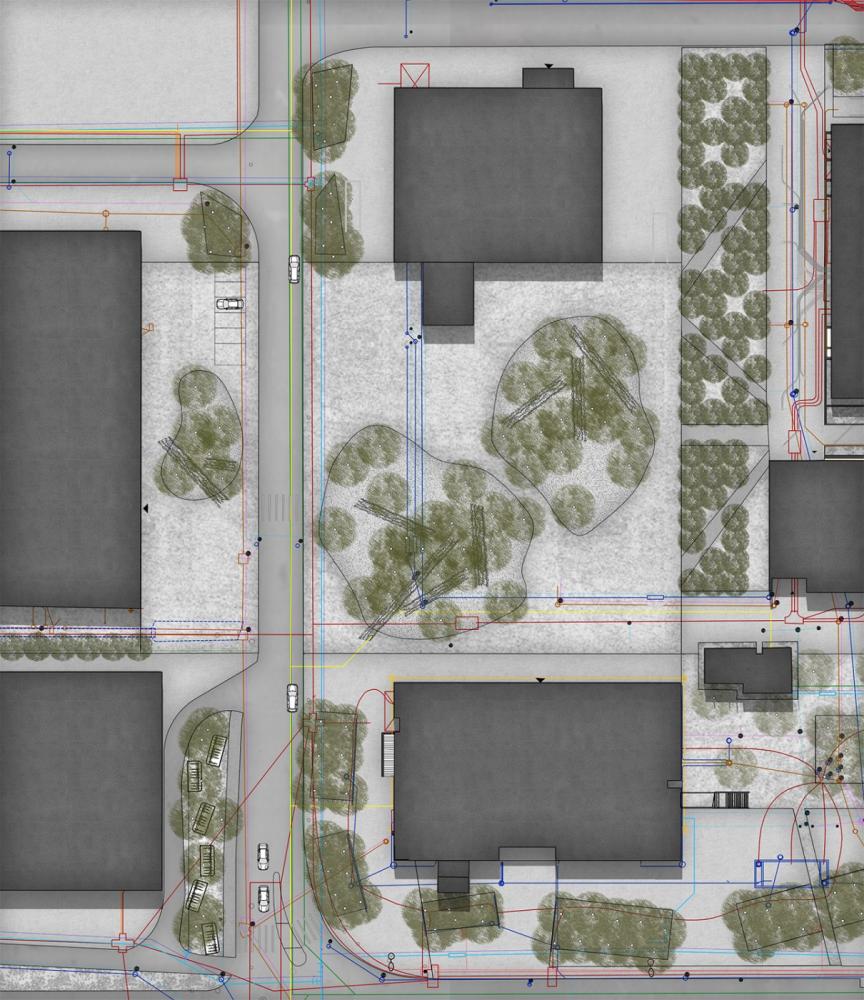