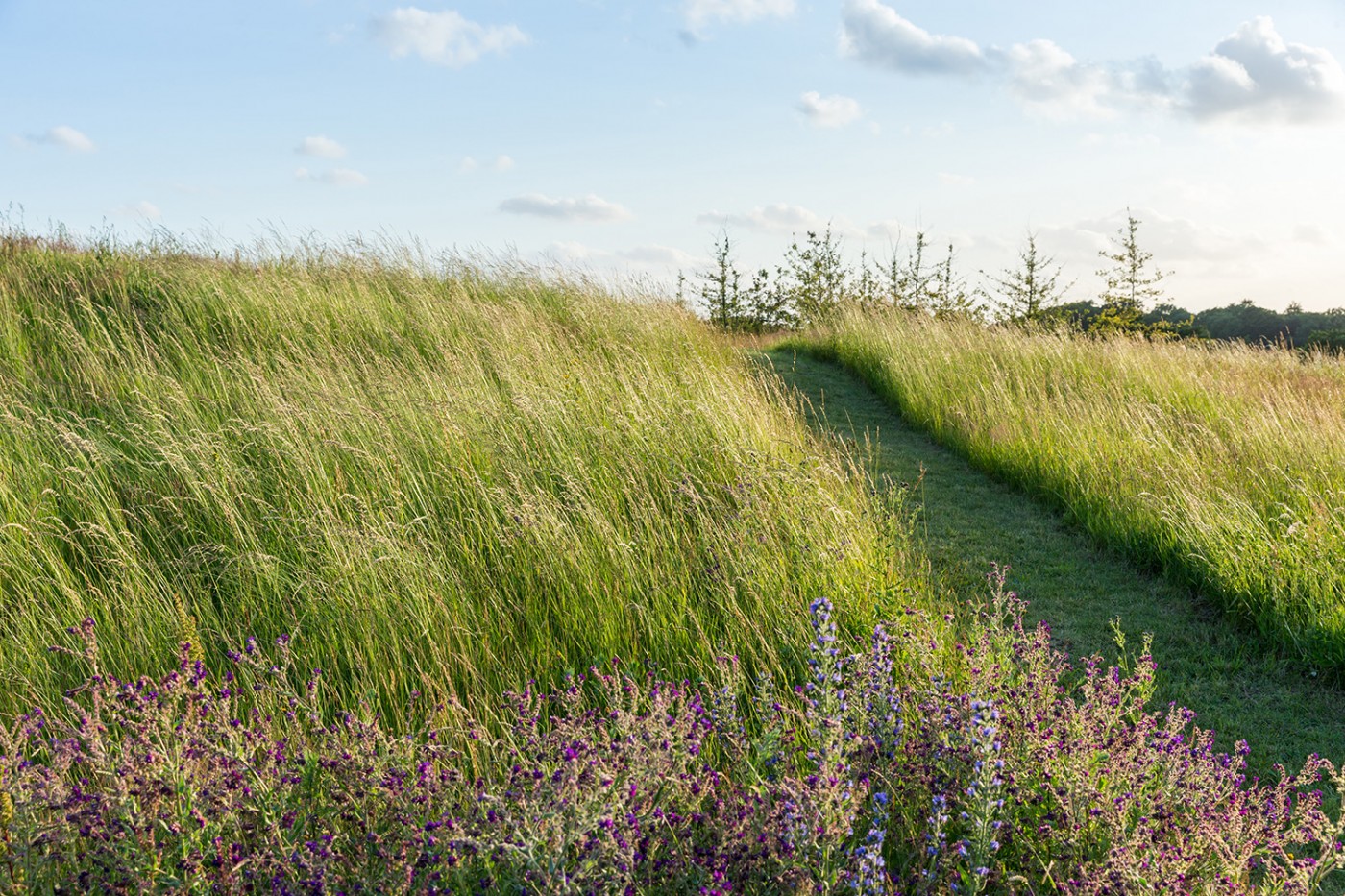 In the rambling meadows, five oval mirrors form a series ranging from a perfect circle to ever more elongated ellipses, whose proportions vary according to the observer’s position. They reflect the everchanging sky above and the beholder’s own gaze as if in the frozen surfaces of glacial ice pits. A piece of the grand Danish sky, uncontrollable nature in itself, is transposed into the cultivated, man-made landscape, now lying there as a clipping of its former self within the countryside. The mirrors refer to the shaping forces of the glacier and the phenomenon of kettle ice: the frozen remains of the melting glacier, which survived over thousands of years, covered and protected by sediments, before finally manifesting as small ponds. 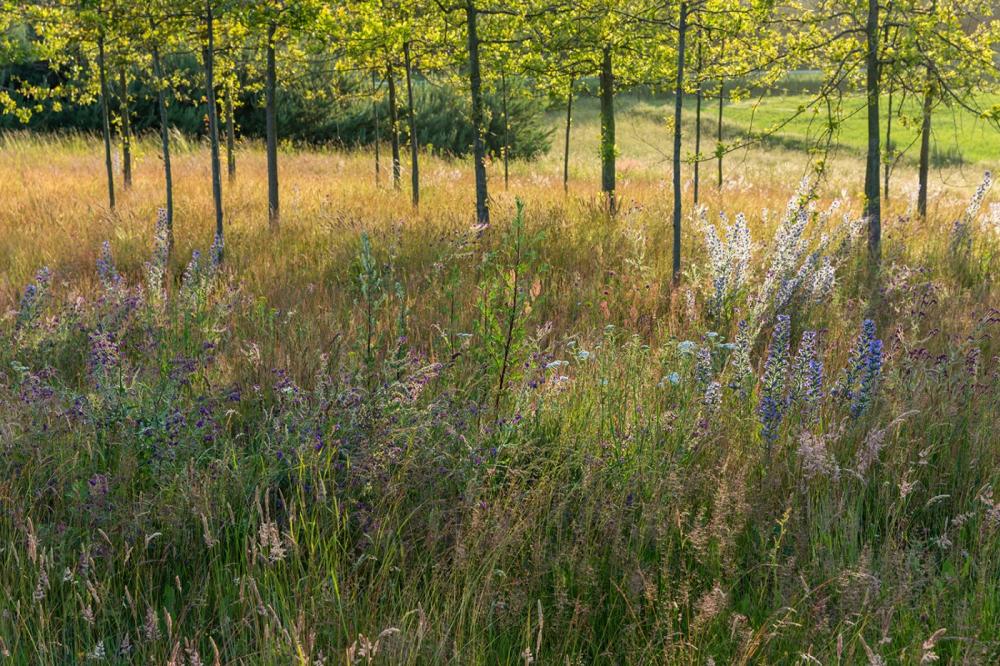 This blurring of the boundaries between above and below, inside and outside, finds resonance in the landscape’s melding of “wilderness” and garden. Boulders could be leftovers of the last Ice Age or precisely arranged as park scenery. The dense, clearly delineated groups of trees, planted on slight elevations, may appear to be cultivated gardens from a distance. Up close, they are in fact slices of untamed “wilderness.” Although one might expect to be allowed to enter the wild groves, fences deny access. They are Gardens of Eden—that stay enclosed.

This metaphor also applies to the sheep, which maintain the broad expanses of the heath landscape by eating up the tree seedlings. Like the artificial relics of a glacial landscape, they blur the boundary between cultivation and “nature” and, in this Nordic park, restore ancient models of a Mediterranean pastoral landscape. 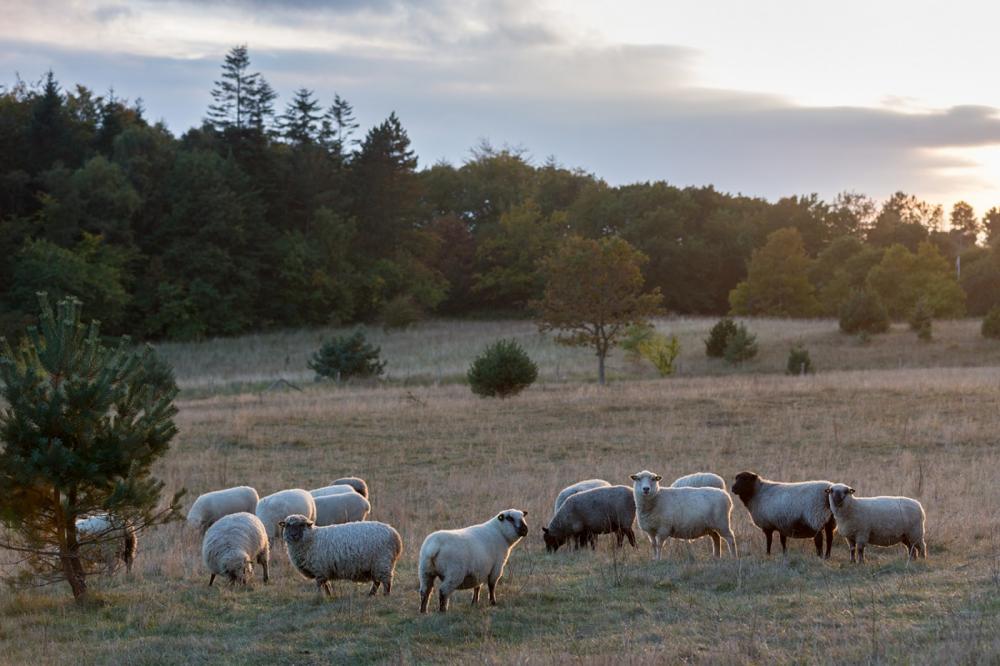