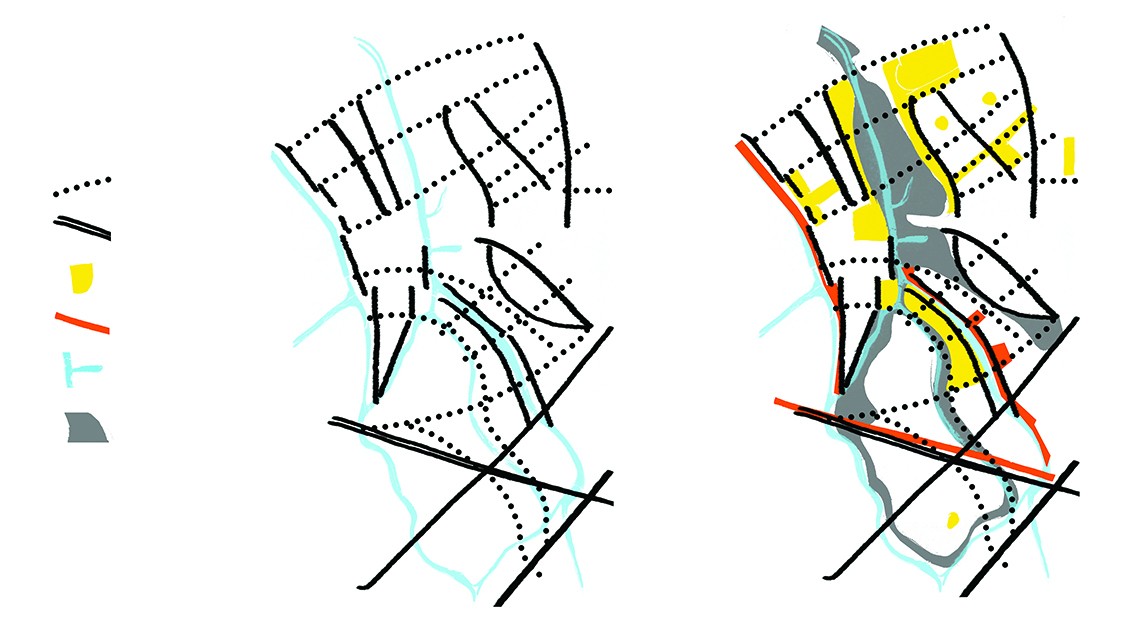 The existing characteristics of these places provide the elements, materiality and planting palettes for proposed parks, squares, streetscapes and play areas. 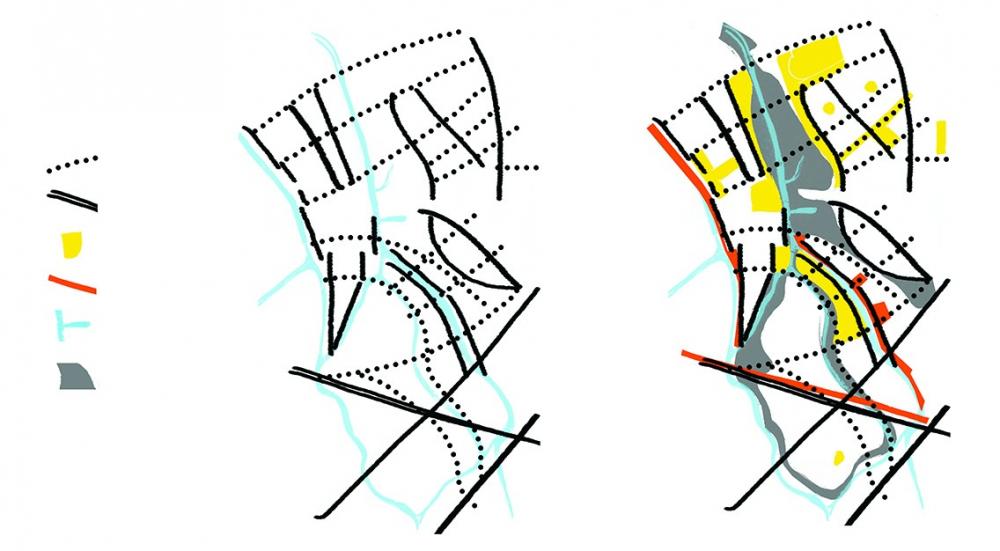 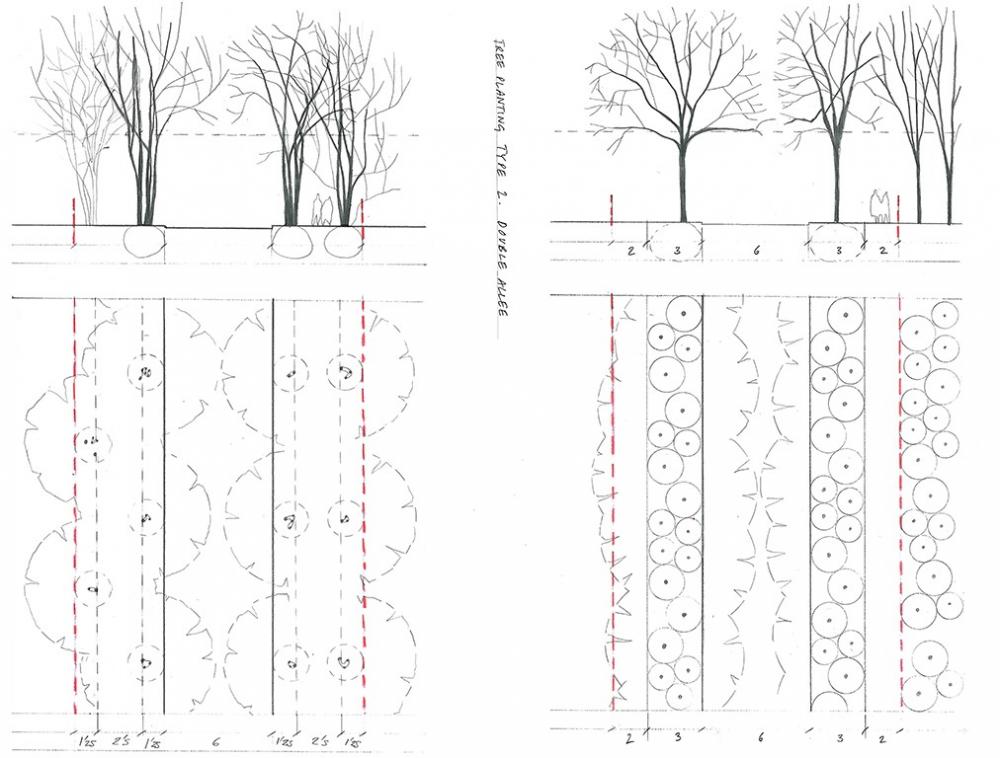 The streetscape strategy addresses the existing contrast between the formal urban realm characterized by rows of single trees and the informal river and canal environment where trees and vegetation grow in groups and semi woodland. These differences are strengthened and used to differentiate the characters of planned new streets, suggesting means of orientation for residents and visitors to the area.

The Value of the Existing