Geological maps of the Basel area indicate a hidden landscape; the Basler Rhine Valley formed by glaciers and rivers, now covered with settlements, agriculture and other evidence of human activity. Novartis Campus Park is once removed from its natural fundament by a subterranean garage – two hectares of poured concrete that act as a new, anthropogenic geological crust serving simultaneously as the park’s fundament and as a large-scale green roof. 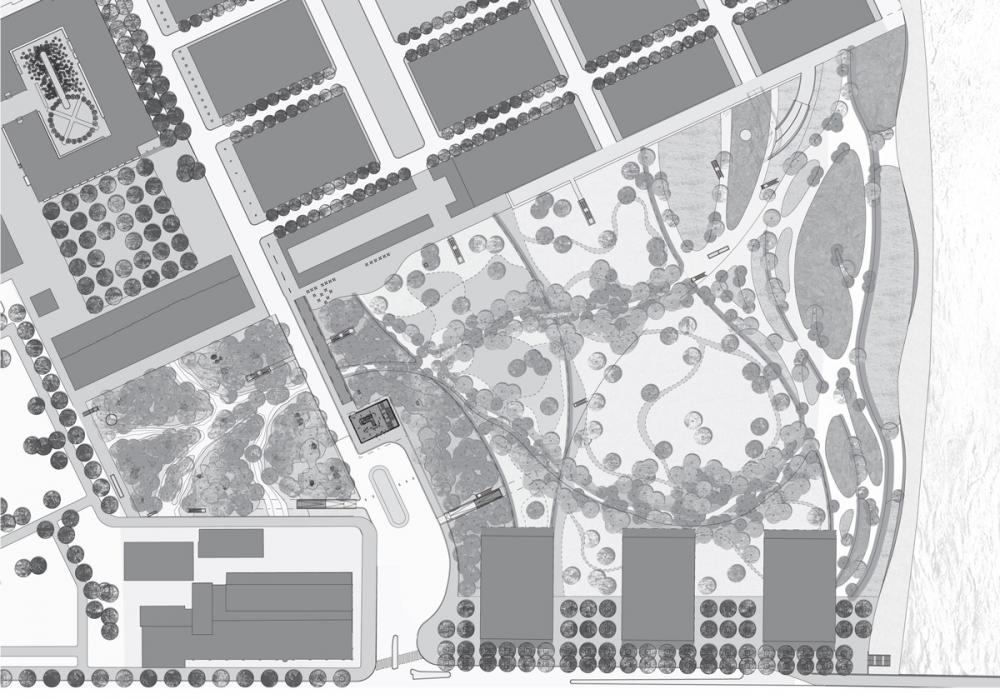 Novartis Campus Park’s design echoes the Upper Rhine Valley landscape composition of geomorphic and vegetative phenomena. Gently descending from the upper terraces down to the Rhine, the park sequentially reconstructs the natural phenomena of the surrounding Rhine terraces on a small scale, and merges them into an atmospheric park landscape. The design references its surroundings, geologically and botanically, working mainly with natural vegetation. In the upper parts of the park stand a forest of native trees among which huge boulders seem to have remained as old glacial traces. Deep in the woods, the landscape appears suspended in a moment of devastation, like steep woodlands after a heavy snowmelt; the lime trees trunks are buried up to 6cm in a blanket of scree and they stand tilted at awkward angles from the weight. Generous meadows form the park’s middle section, which is planted with diverse, mainly exotic, solitary plants.  Deeply cut paths lead through these meadows near the Rhine where tapered poplars and birch groups punctuate aluvial iris-grass meadows native to the landscape. The artificial platform that stretches between the upper parking area and the Rhine is in essence a manmade stage – on which nature performs.

The paths diverge into the rising terrain to reconstruct another Basel-typical phenomenon– the „Hohlweg“, a narrow track cut into the earth and overgrown to become a tunnel of dense shrub. Following this, the visitor passes through the middle section and reaches lower terraces facing the Rhine. Here, alluvial iris reed grass vegetation is punctuated with solitary birch and cottonwood groupings standing tall on the vegetal horizon. The visitor enjoys an open view to the nearby Rhine and in turning, overlooks the entire park. 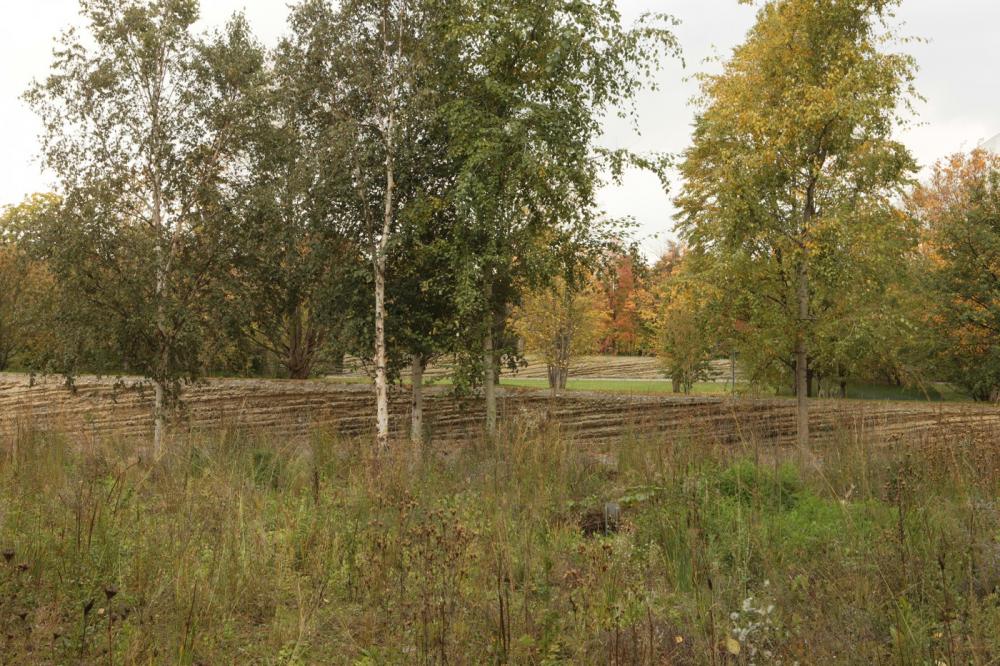 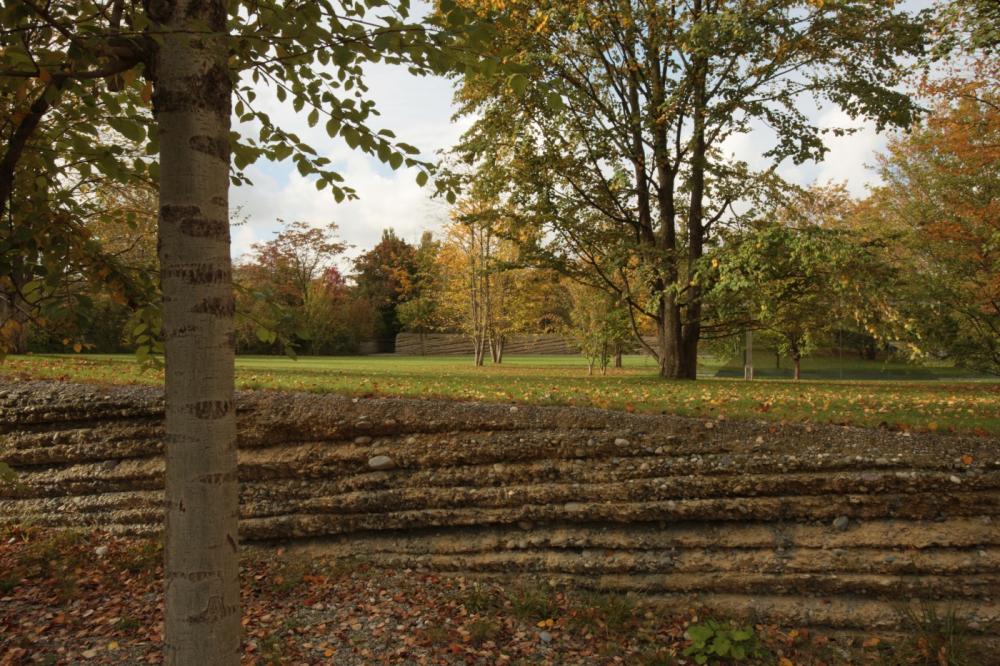 From the River to the Historic Centre