The garden of the Swiss embassy in Berlin is at the rear of the building. Its formal language is, analogously to the new building, highly purist and designed in the tradition of Swiss minimalism. The clearly defined sequence of the row of trees, hedges, bushes, and lawns creates severely controlled and scaled spaces. This scale is only broken up by the narrow water basin placed lengthwise that makes the exterior space seem larger thanks to its mirror effect.

The garden is bordered by a linden hedge hiding the fence and other security elements. The same as with the formal language, the plantings, too, followed the unostentatious design programme. The play of colours is confined to the various hues of green of box trees, ferns, and ivy. The only blossoms in this garden are those of the five magnolias in the spring. 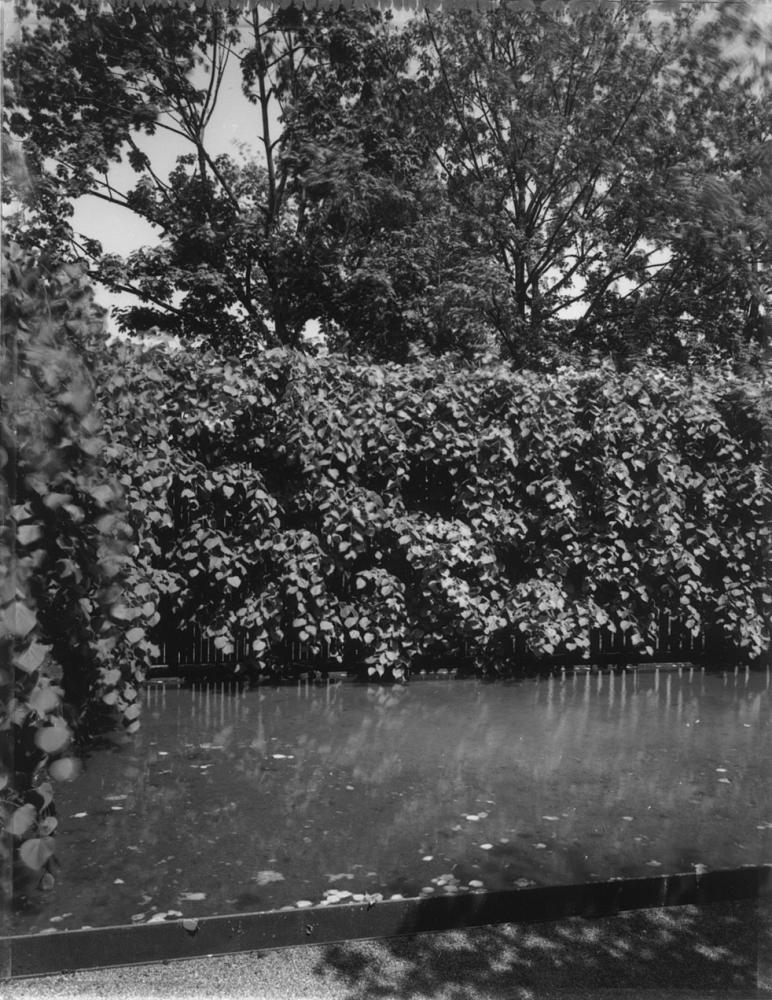