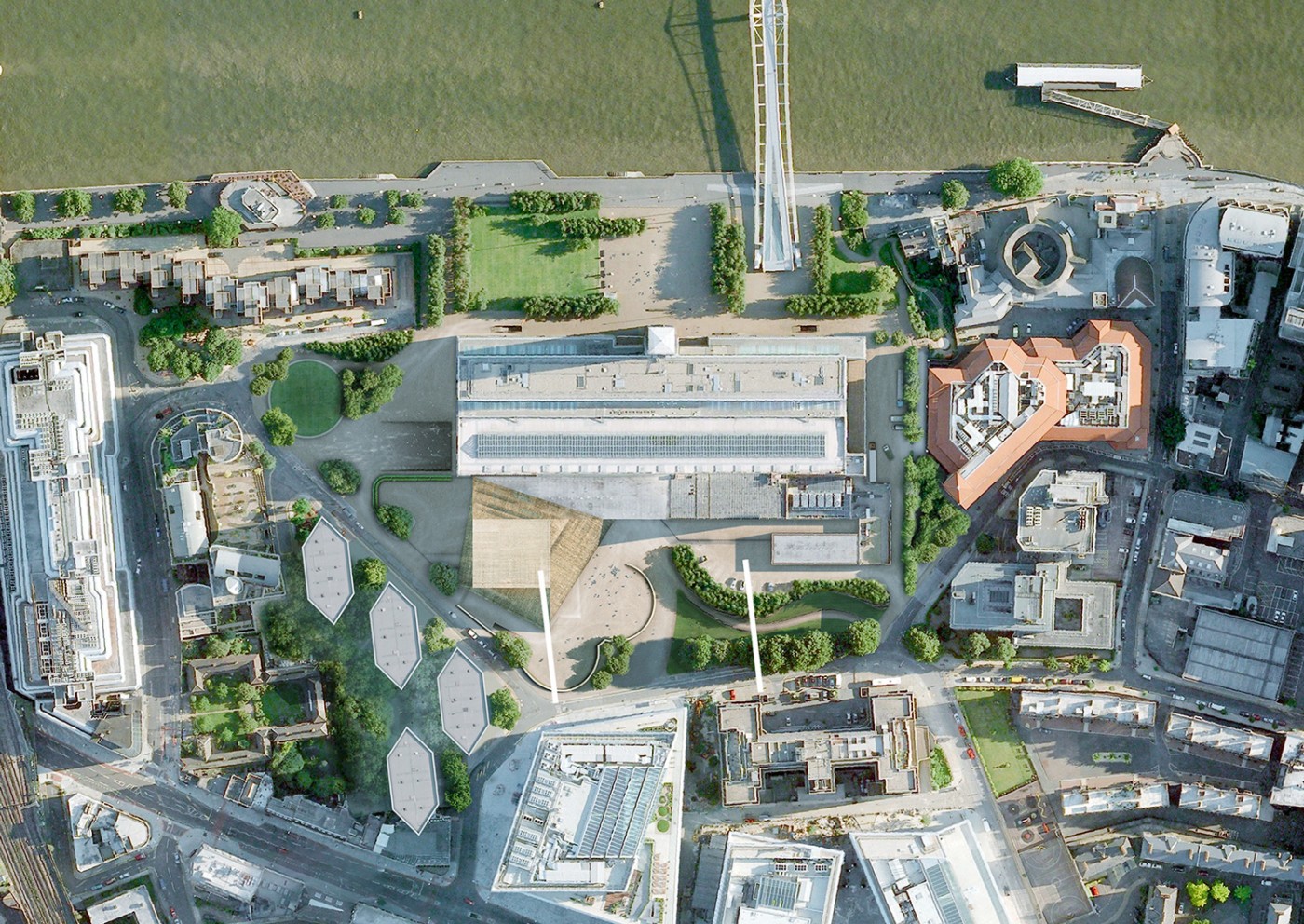 The addition of a new building south of the existing Tate Modern reshuffled the space around the museum. As a whole, the proposed landscape unites the varied existing and new elements across the site, while emphasizing their spatial differences. Four areas are defined, corresponding to the four sides of the building as an ensemble, clearly linked yet distinct in character.

The landscape design intends to engage visitors in a narrative of the site’s geographic setting and industrial history. While on the northern, riverbank side, this duality is materialized in a dense urban forest of birch trees—a species which typically grows on industrial wastelands, often close to rivers—the southern design refers to this industrial past while revealing the site’s underlying geology. 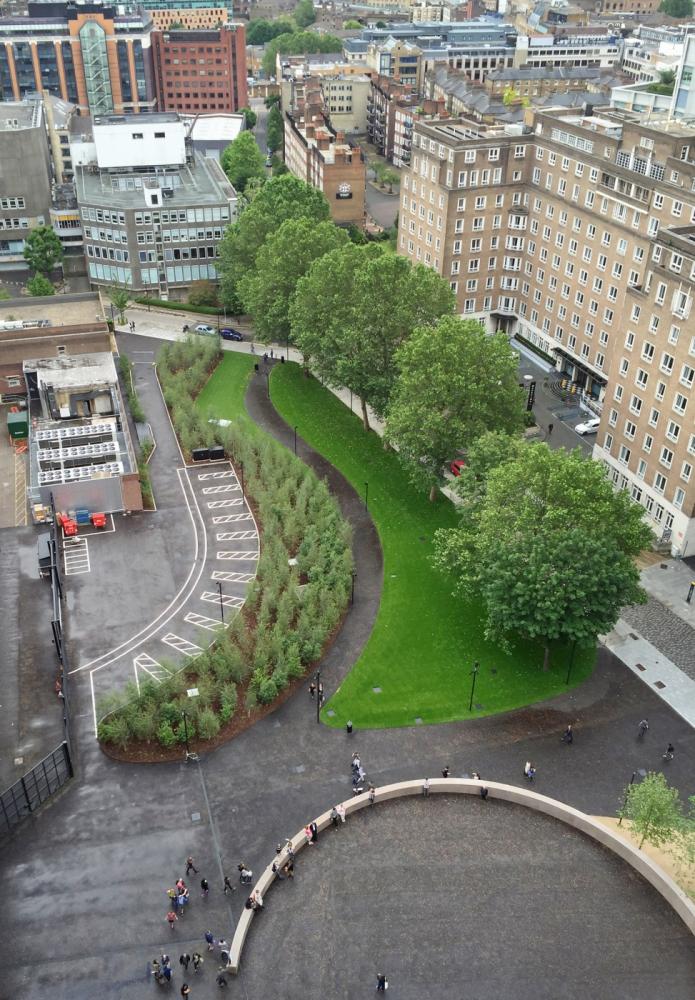 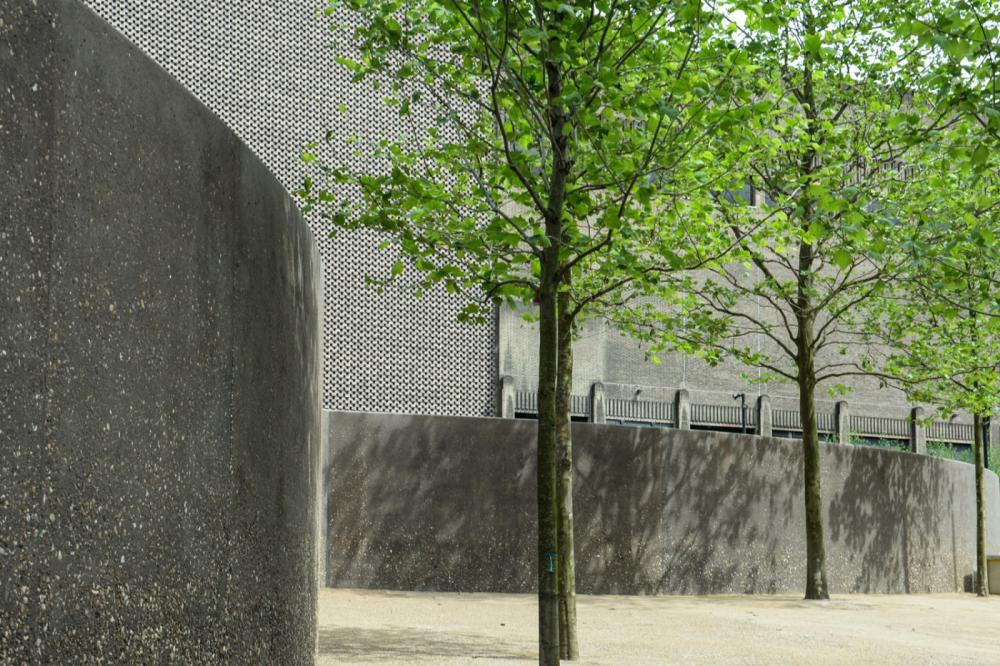 These aspects are embodied within the materiality and form of the two main structuring elements: the robust character of the “oil tank wall”— an aboveground representation of the existing underground oil tanks—contrasts with the curvilinear embankment wall, a long, inclined and racked structure with an undulating profile. The locally sourced flint stones cast within the aggregate concrete mix reflect the sedimentation layers of the Thames River Basin.

This translation of physical properties of the landscape’s layers into a built artifact involved a slow, painstaking, and complex process of almost alchemical experimentation in order to obtain the desired materiality, texture, and color. The crafting process involved a series of 1:1 experiments in composition, layering, exposure, sequence, and pouring method, resulting in a measured concrete methodology that was scaled up to an industrial process on-site. 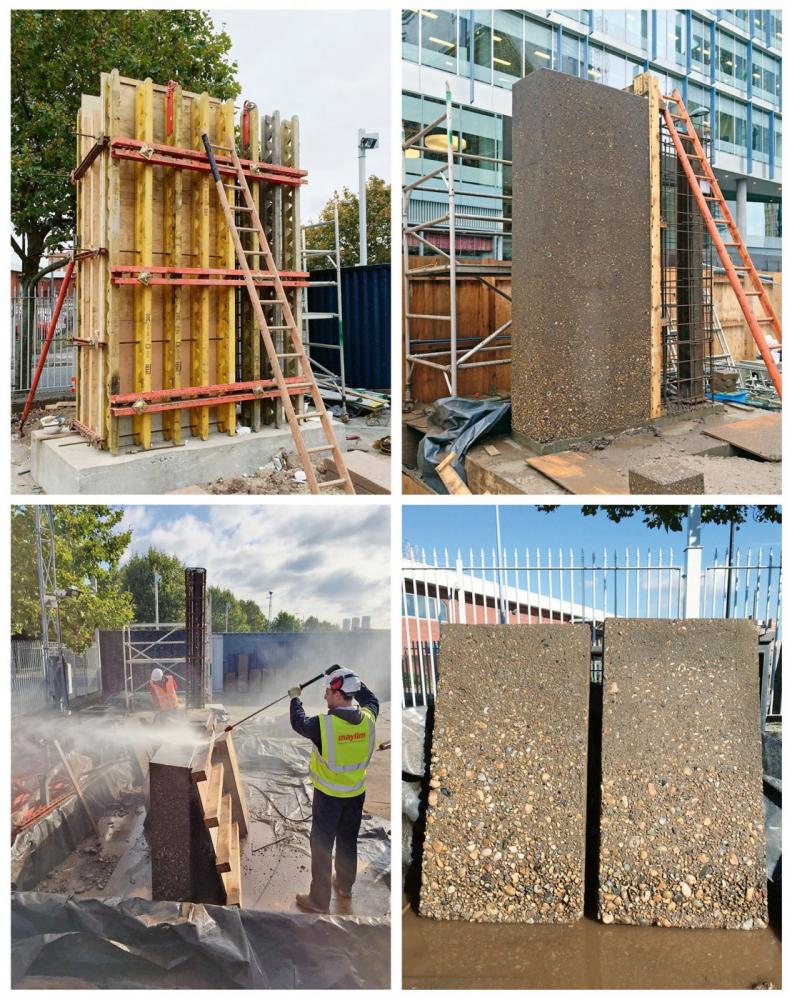 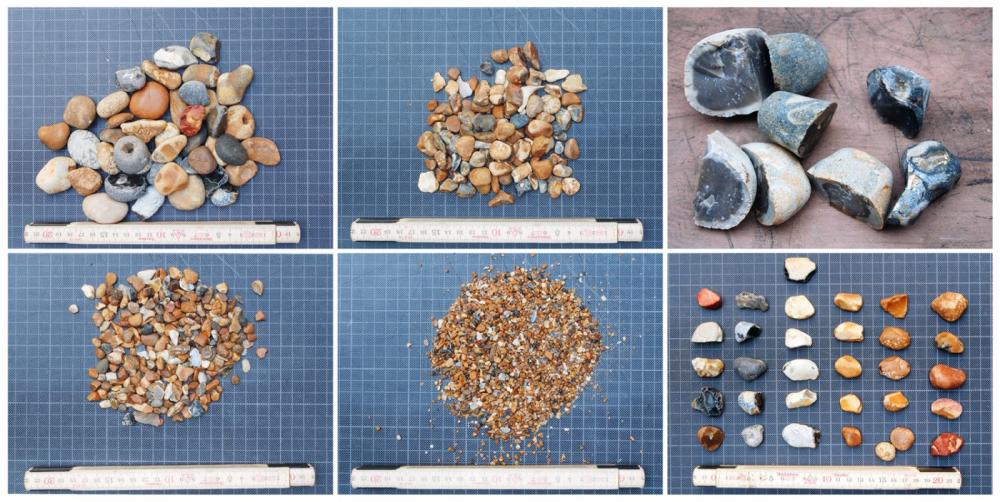 In the built project, the embankment wall was replaced with a planted spine and the oil tank wall appears as an additional geological layer in the city of London. Forming large circular terraces, in the manner of either a stone dike erected against the tide or a landscape sculpted by water, it provides the southern landscape with a local horizon and mediates between the scale of the building and the scale of the city.