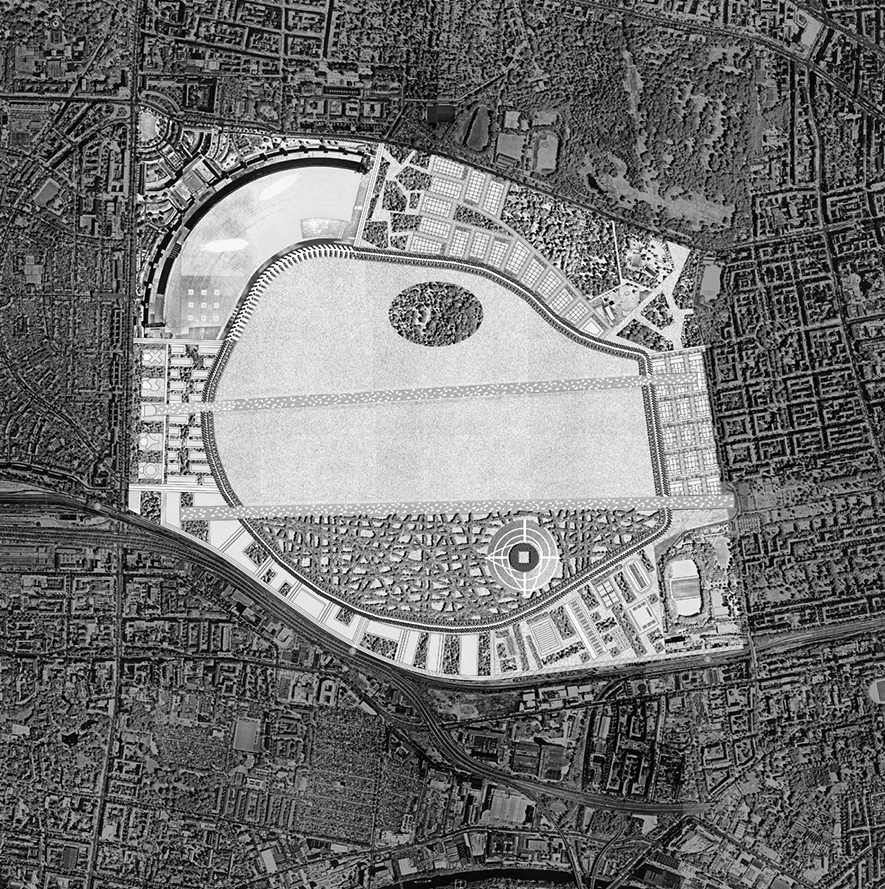 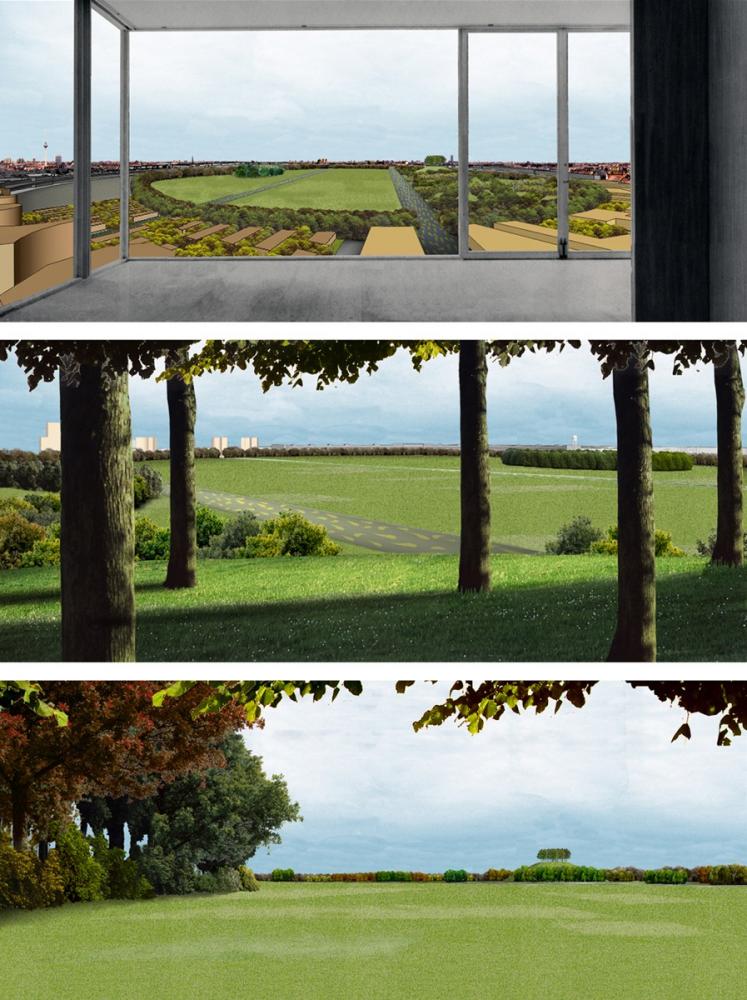 The name of Tempelhof is synonymous with airport and air bridge. The goal of the study concept was to make the Tempelhoferfeld accessible to the townspeople as a park of the 21st century. The Tempelhofer field with its wide, open fields was to be preserved as a special place. A ring road formed the spine of the park and clearly delimits an inner park zone: the Wiesenmeer or sea of meadows – a main element of the park. The new and exact horizontality of this element, that is truly unique in its dimensions, should generate the impression of great distances. A 50m high earth cone, the Fliegerberg, was proposed as a spatial counterpoint to the open airfield. A charming contrast between density and openness should be created. The airport building was to be retained as an architectonically as well as thematically important element in this unique historic ensemble. The competition in 2010 based on several of the points mentioned in the study concept.