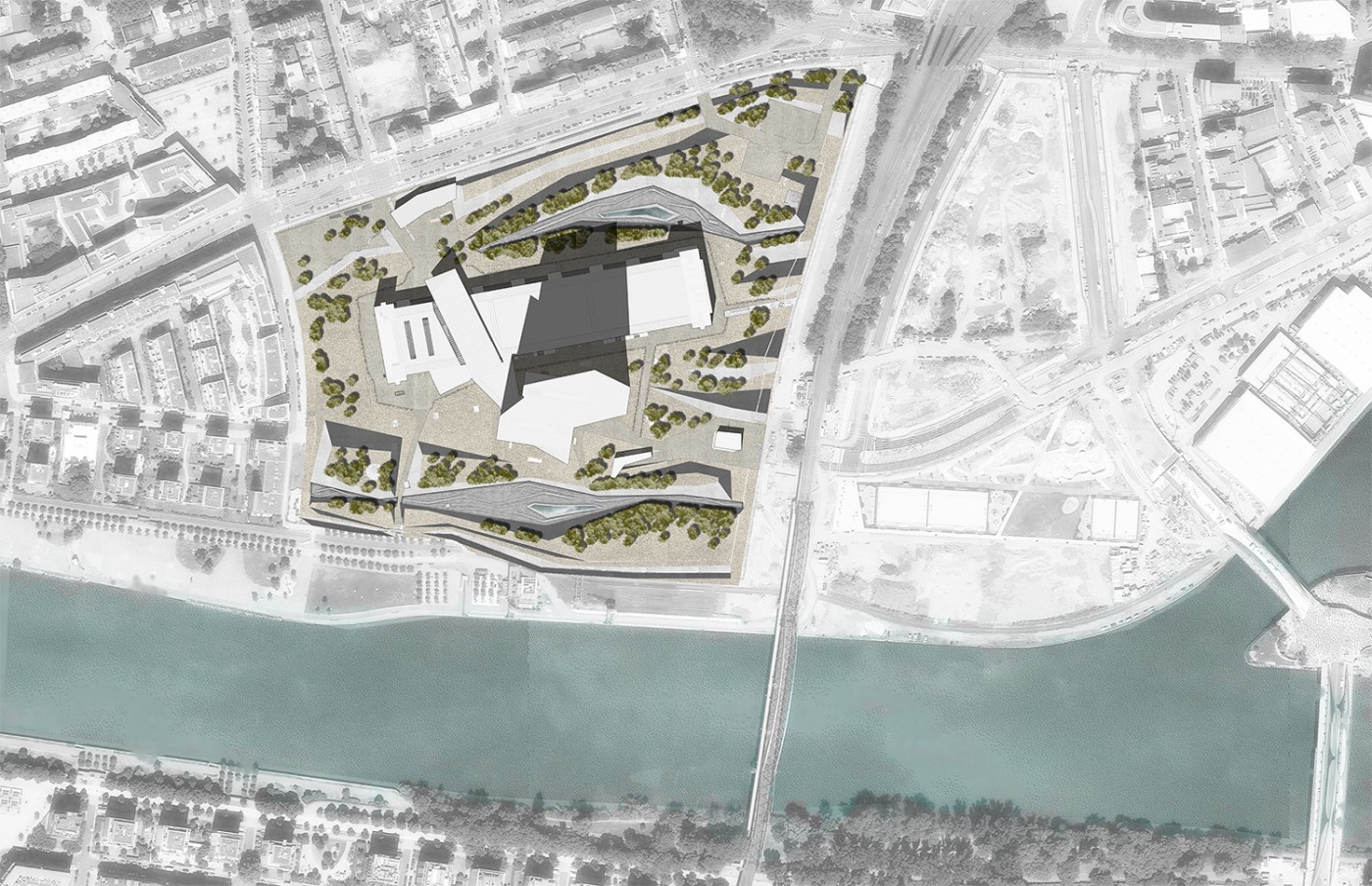 Discovery of a Fluvial Landscape

The new headquarters of the European Central Bank (ECB) in Ostend—a former industrial district of Frankfurt—was built at the point where the banks of the Main River meet the large open spaces of the city’s greenbelt. Its position in the urban layout and the dimensions of the site demanded a project scaled to the landscape. The design takes its cue from the most powerful feature of the site, the river, and translates the existing space into an consistent concept for the park: the park incorporates the specific topography of the floodplain with its oxbow lakes and residual water, undercut banks and point bars—yet these elements are not copies of already existing forms but rather objectified and geometrized figures. The design takes one by surprise: the riverbed is dry, while small areas of water appear like islands in the bedload. This sense of the unexpected is reinforced by the vegetation. The combination of local floodplain trees (alder, silver birch, ash) and wetland species from North America (tupelo, tulip tree, swamp cypress, redwood), planted to the south and north of the building, creates an ambiguous view somewhere between a landscape and a park. It nurtures seeds that were brought to Frankfurt by the wind and the river or arrived as “stowaways” on board a ship from faraway countries. Last but not least, there is the perplexing choreography of the site. While the paths of the neighboring public and open spaces are clearly defined by their dimensions and materials, the park can be constantly experienced in new ways—and as there are no paths in the tradition of an English park, this allows for a myriad of other possibilities. To explore the park, you will have to enter the riverine world. 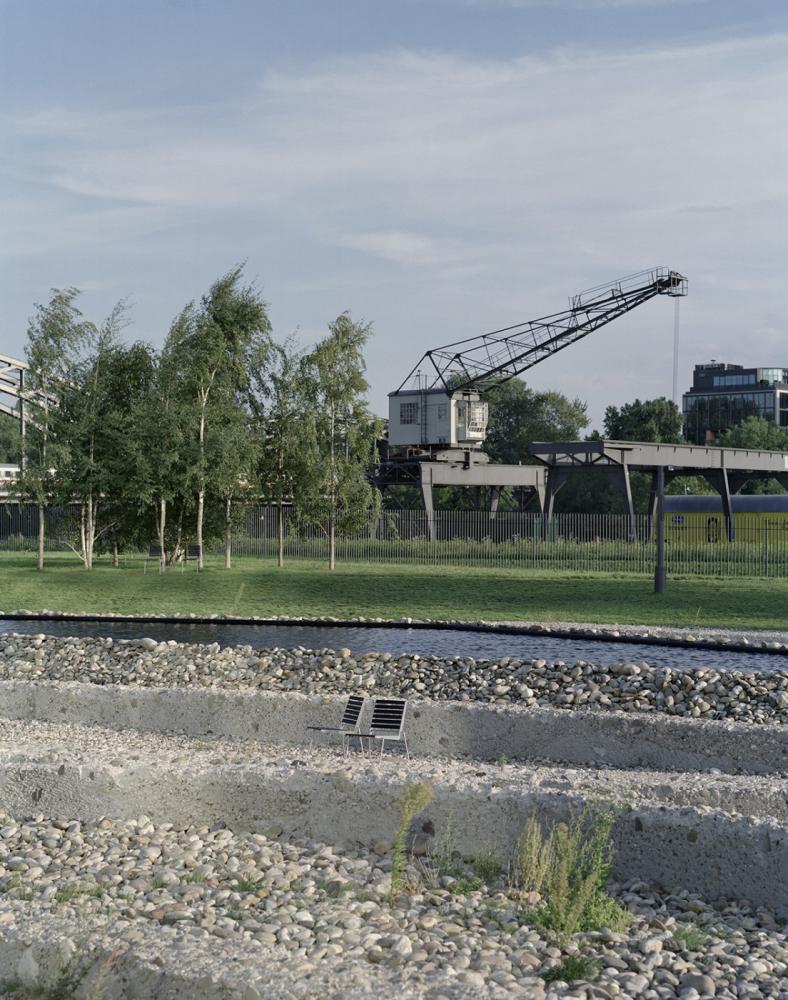 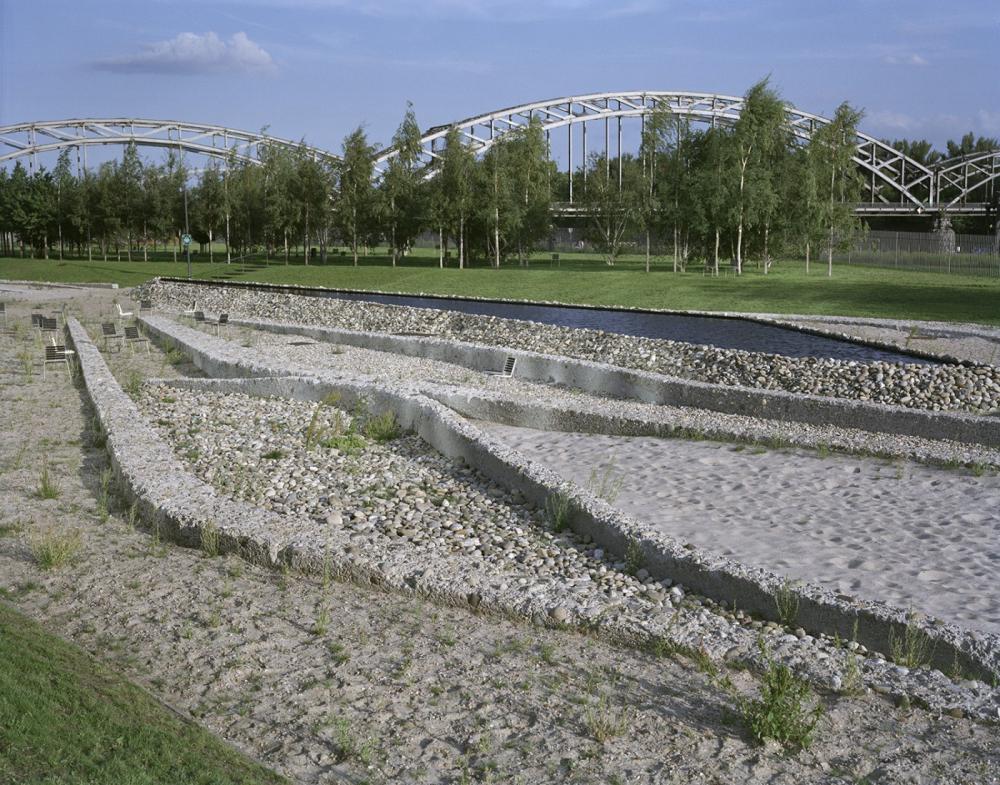 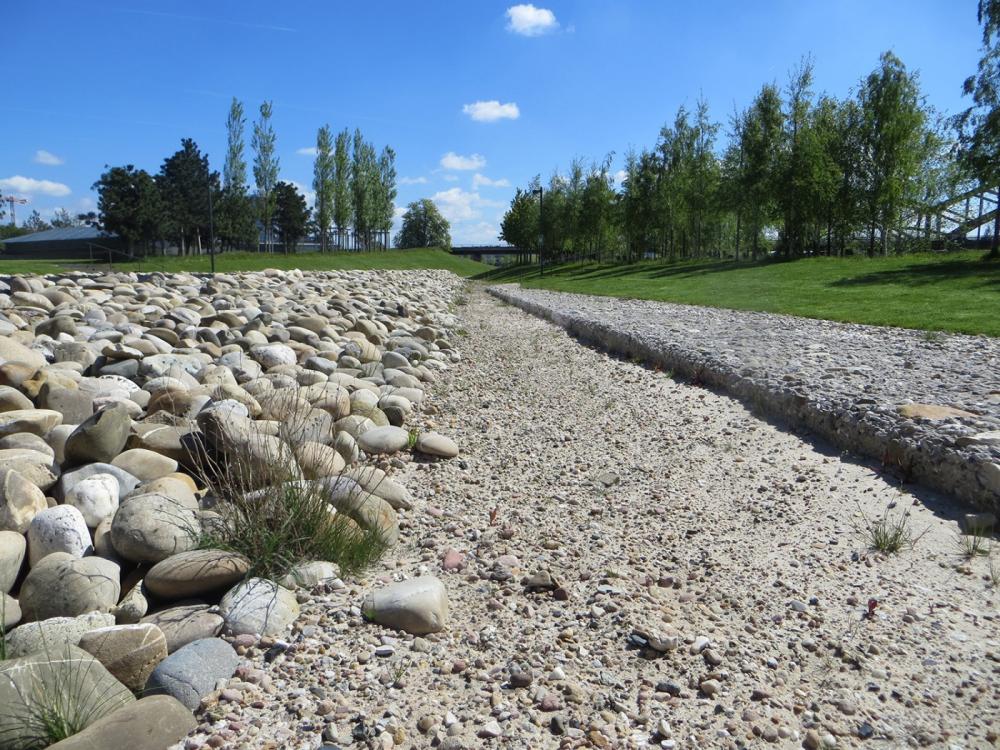 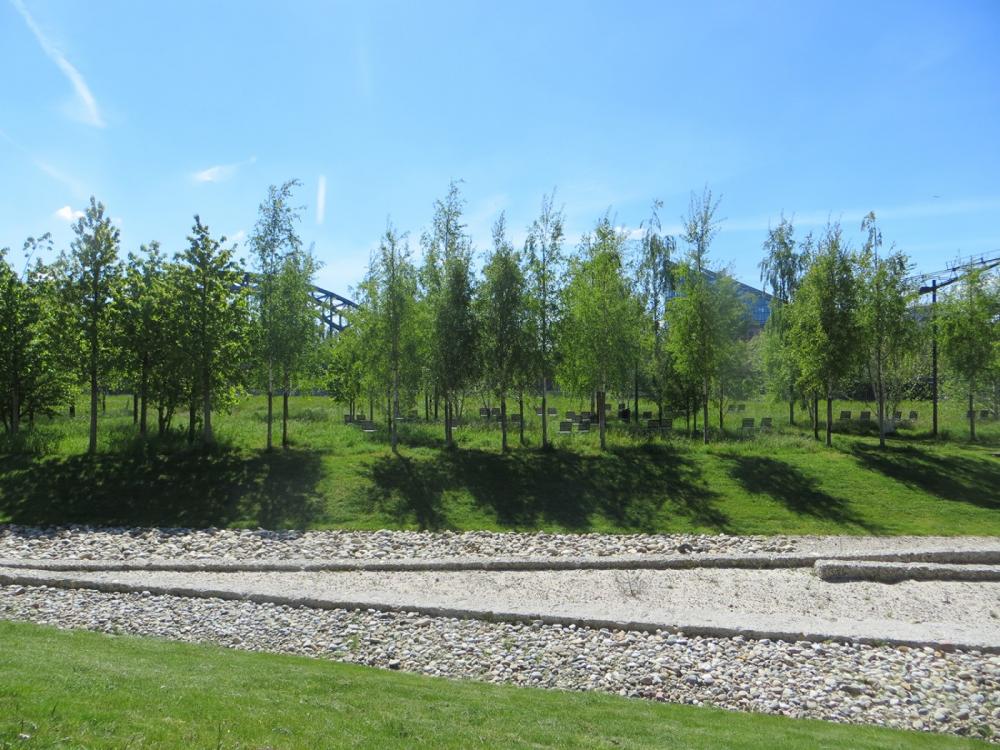