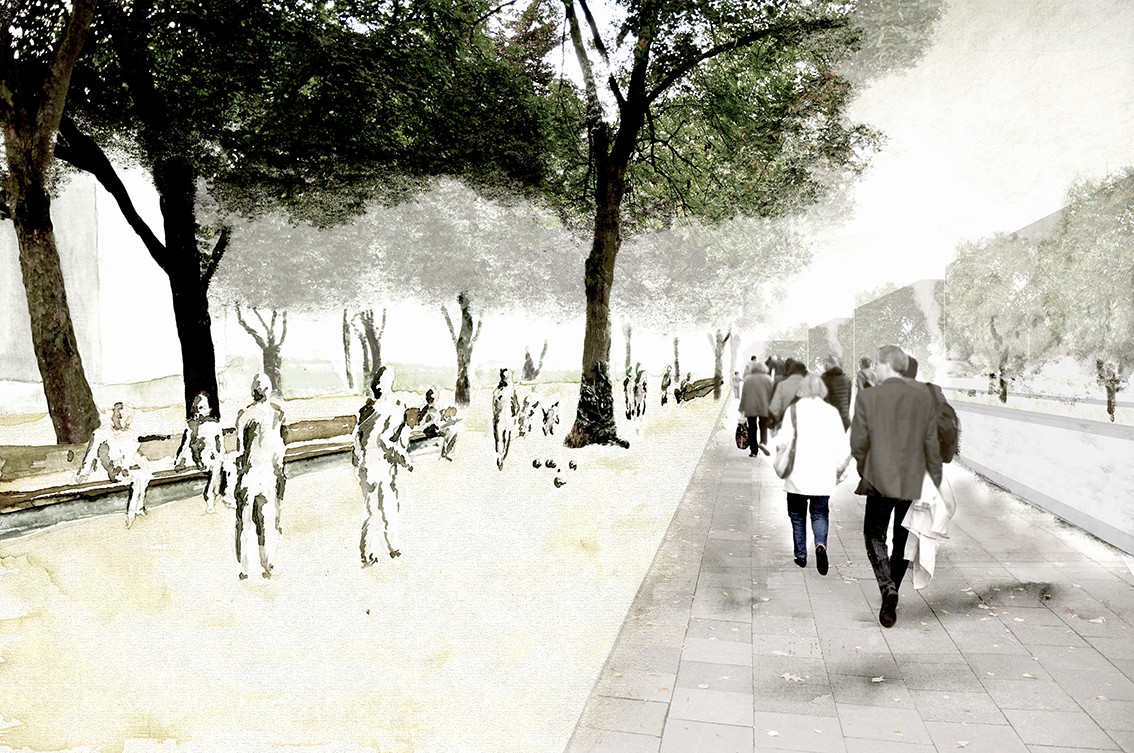 As Duisburg’s main park, Kant Park provides a high quality park ensemble to the city, with well-preserved trees, lawns, and a path and road system throughout. Kant Park also houses the internationally-renowned Lehmbruck Museum, and over 40 sculptures by internationally-acclaimed artists are exhibited on park grounds. However, certain existing elements are less desirable: restrictive walls, entrances obscured by overgrown vegetation, and a fragmented layout design which makes orientation difficult. The objective of our intervention is the revitalization and transformation of Kant Park into an open and thriving city park. 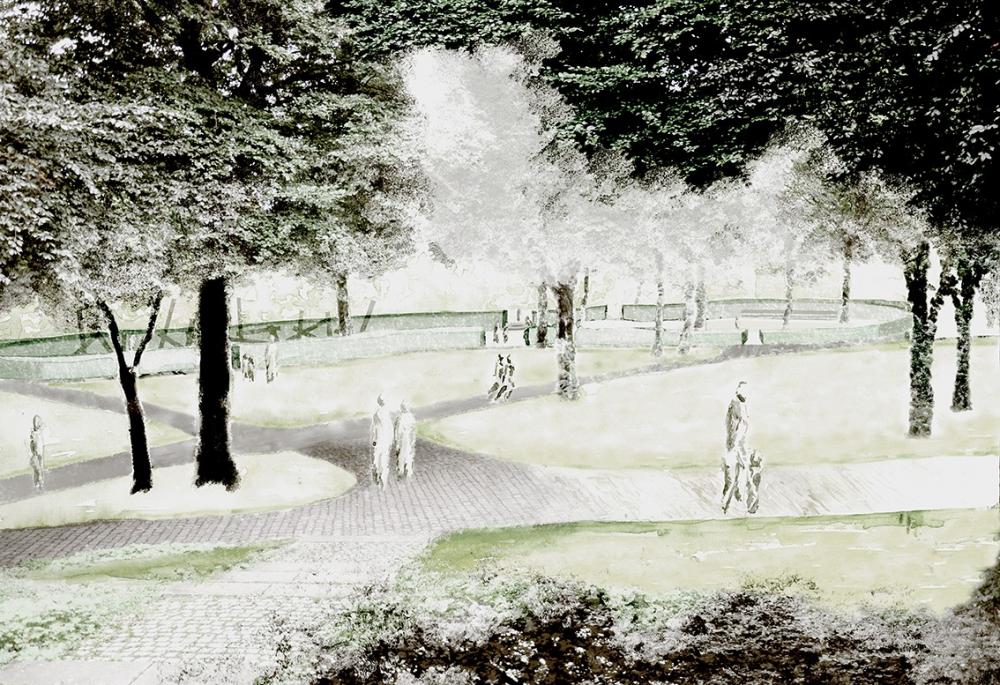 A few targeted measures will adjust the balance between wooded areas and clearings, dense and open expanses, and will open up the park from the inside outwards. Kant Park’s merits will be better showcased and its readability improved. The guiding concept is the municipal garden as a public space fostering connection and identification with the neighbourhood and local landscape. Kant Park’s attractive north entrance with its expansive tree-covered promenade plays a central role, being both a prelude to the park and the interface between city and park. As a lively common ground, Kant Park has the potential to revitalize the whole city.

The Alien and the Familiar