Bremen’s European Harbour is a former customs and border district close to the old centre of the Hanse town. It was once both the central business area and a terra incognita. The old dockyards from the 19th century lost their function and importance due to the shift towards container shipment and the establishment of modern container terminals outside of Bremen.

The old and disused dockyards close to the urban centre are now being converted into areas for residential, retail and office development thus reintegrating the area into the public and social life of the city. Around the former harbour basin new and generous open public spaces are being created linking Bremen’s European Harbour to the city centre. The design concept is based on three typologies of open spaces: the promenade, the square and the park.

Promenade, square and park are linked at the same time by visual axes and a coherent material strategy. All three are designed very precisely in order to create a continuous experience of distinct urban spaces with a specific character. 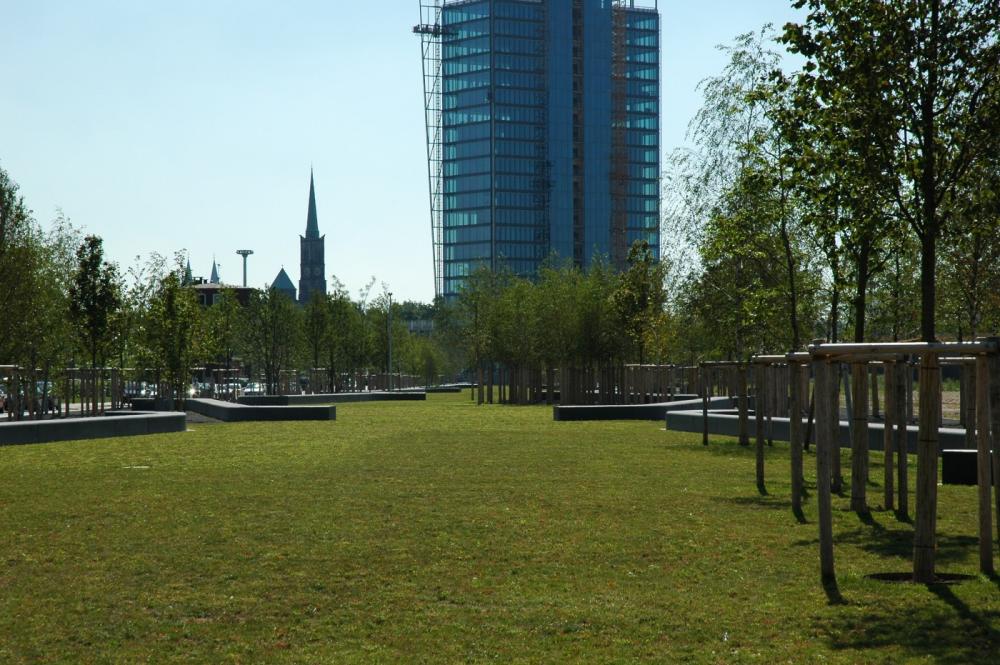 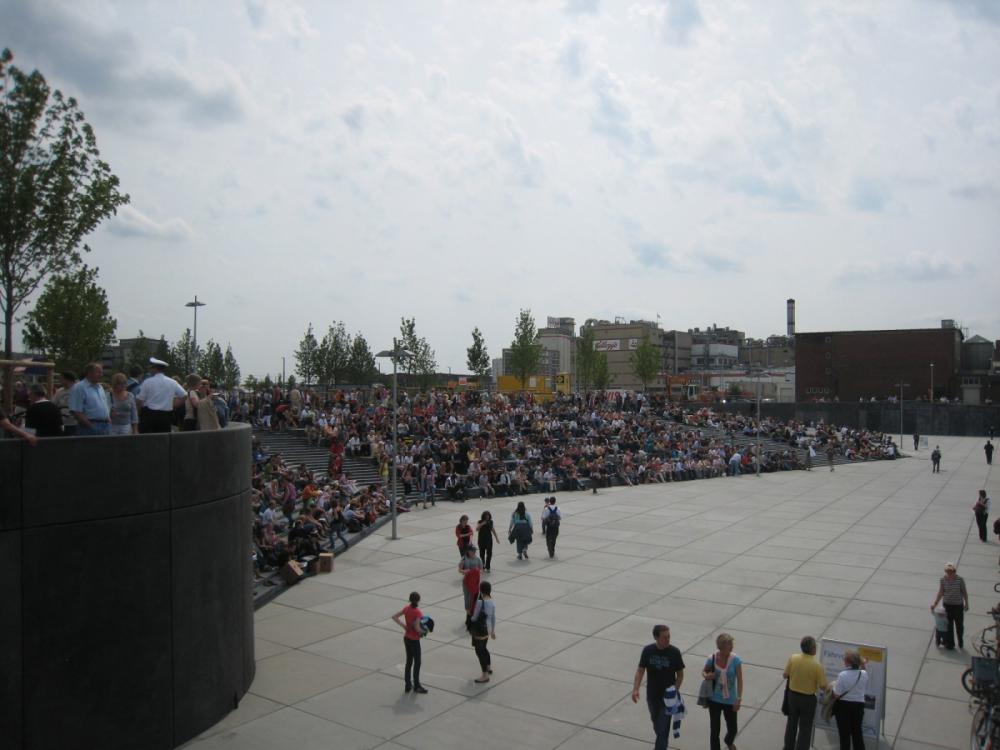 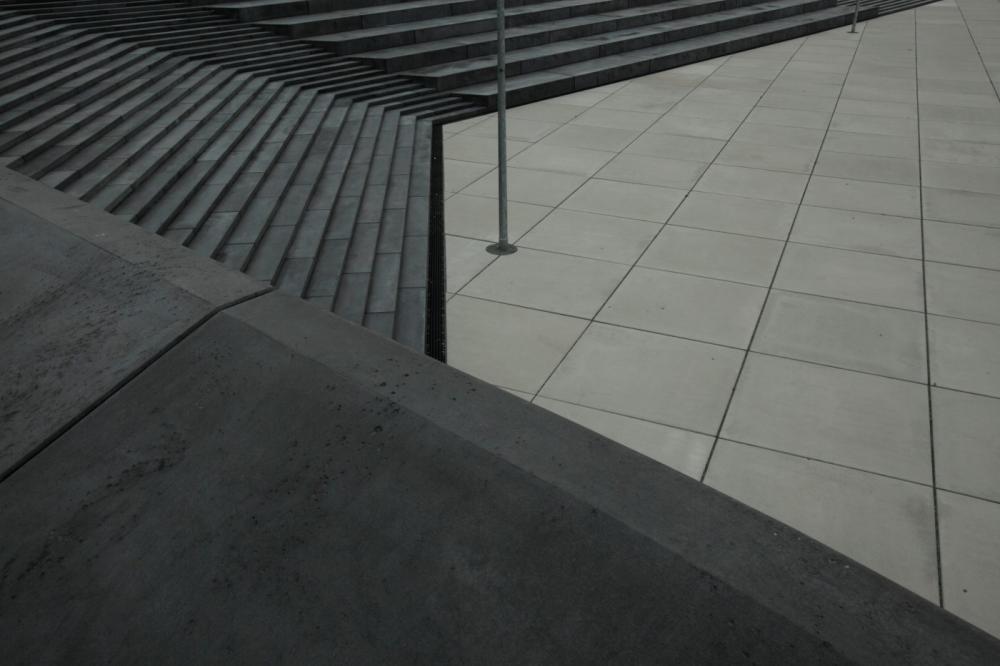 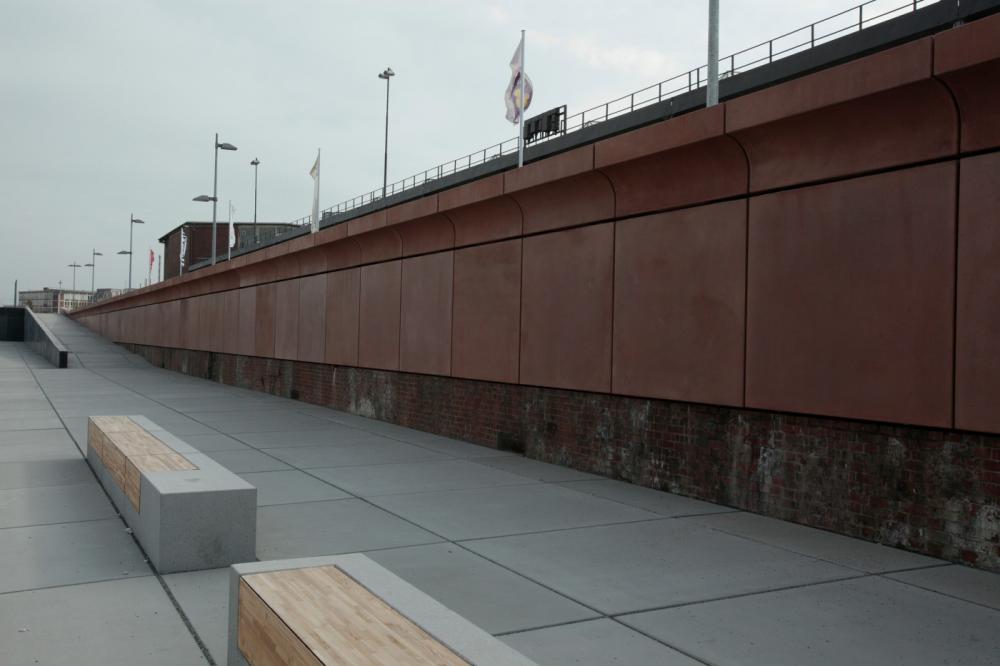 The promenade is organised on two levels along the harbour basin and allows for unconditioned movement and informal encounters. The square is kept open giving space and opportunity for the staging of public life against the backdrop of the former harbour basin. The park connects the former harbour area with the old town. It is designed in the spirit of the Volkspark”-movement. A path made of dark, water-bond gravel meanders through rhythm cally opening and closing meadow and woodland areas. Undulating walls- low enough to sit on- separate meadows and paths, with the trees overriding this principal separation. White birches are set against the dark surface of the paths, while trees with distinct flowering and those with strong autumn colour create areas of shade on the open meadow.

The material strategy and the detail design of all three parts clearly follow existing elements and patterns of the harbour thus connecting past, present and the times to come- from terra incognita to terra re-cognita.