The garden consists of colourful areas characterised by a strictly composed diversity. A wide variety of plants flowering at various times create a finely balanced blend of colour that changes with the seasons.

The first highlights of the year are the spring bulbs. Until late autumn, magnificently coloured and shaped flowers and foliage, colours and leaf structures bedeck the garden, and slowly growing shrubs such as hydrangeas, juneberries, and dwarf lilacs draw clear-cut linear structures following the contours of the grounds. Along with the individual trees or groves, these copses reinforce our perception of a topography eternally in motion, in particular during the winter months. Water-basins and organically shaped paths round off the impression.

Owing to the fragmented reflections in the windows of the new buildings, the opulence of the garden is broken up and multiplied. The character of the outside plantings oscillates between the private and the public. The small-scale features of the plantings resemble a garden, whereas the network of paths and the slightly raised topography with its groves seem more like a park.

In 2017 the Helvetia opened its new West Wing at the head office in St. Gallen. Thereby the extension of the head office, which was realised by Herzog & de Meuron in several stages since 1989, is completed. The new building has been integrated into the existing project „Mountains of Flowers“ from 2004. Therewith the courtyard has been restored with a new surface of cobble stones. The main entrance area has been supplemented with several natural stone Oktaeder. 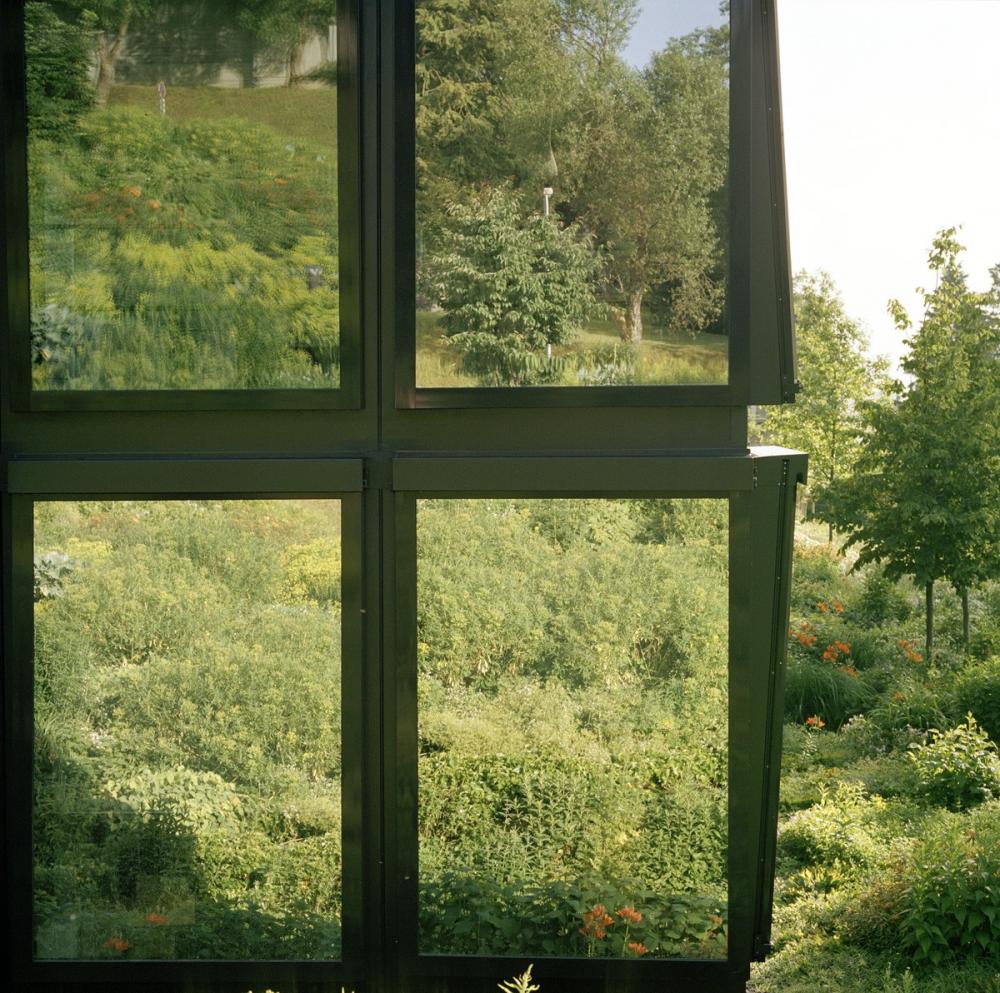 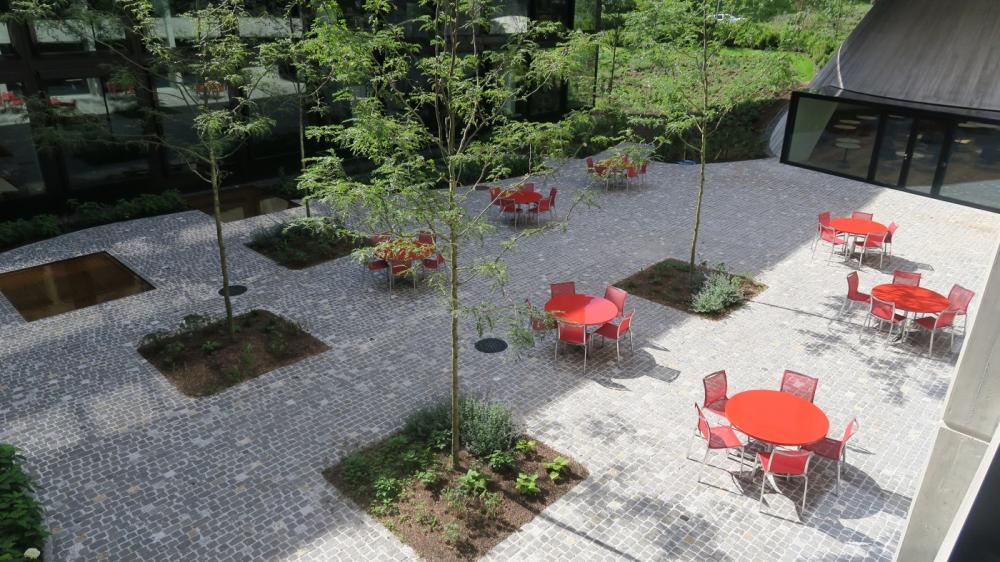 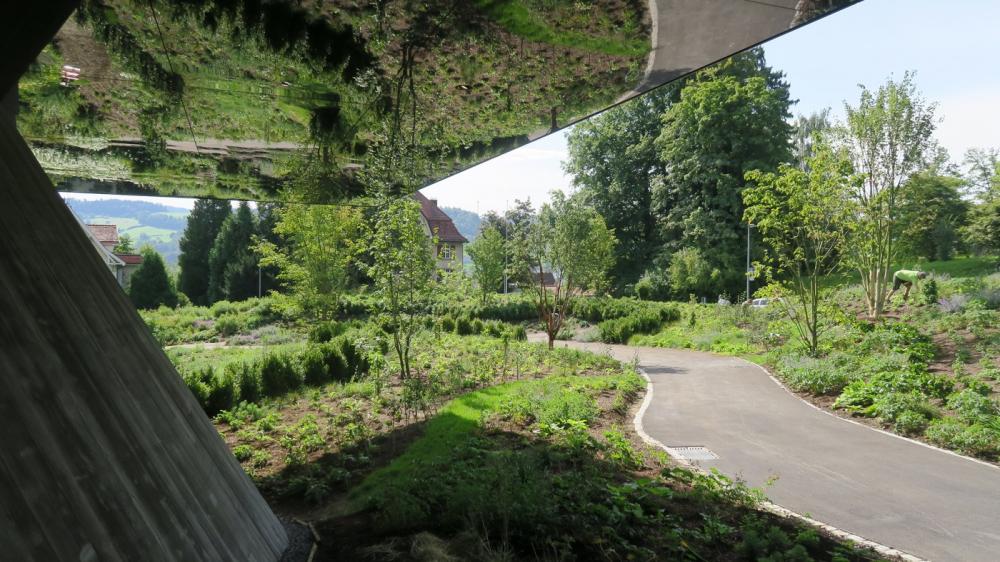 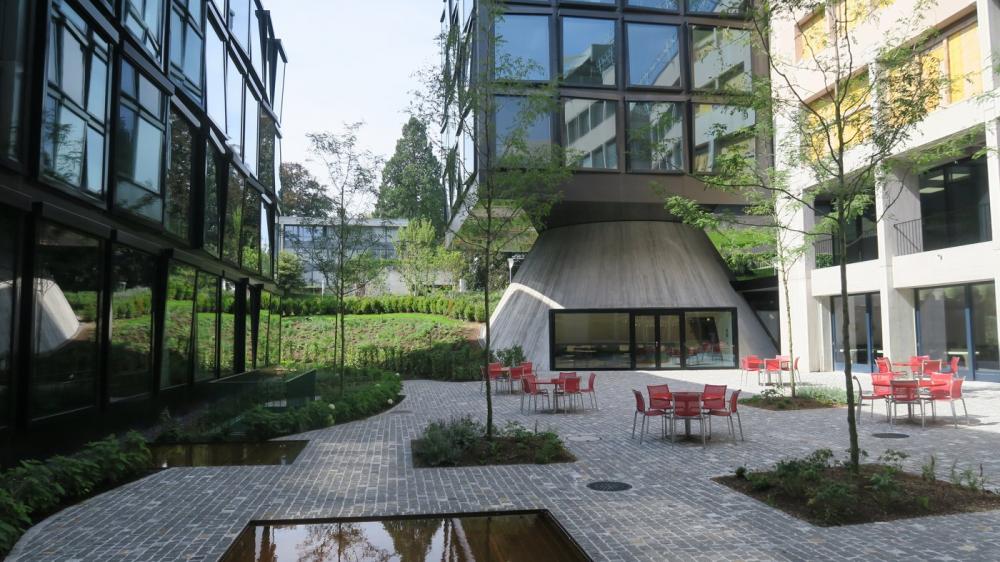