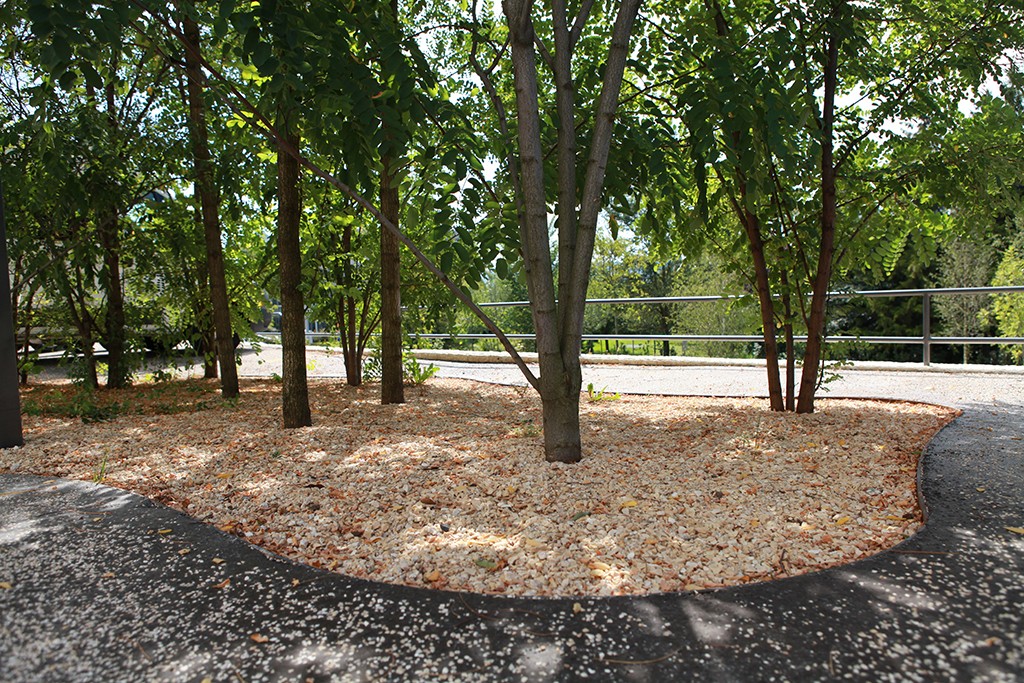 Living in a Garden

According to the existing topography, the site will be organized in levels with different heights. Through this topographic intervention, areas with different qualtities are created, spacially clearly divided from each other.

The spatial organisation is closely related with the topographich concept: A spacious square, located in the middle between the old building and the planned extension, forms the new centre. With it´s multifunctional design, it serves as a meeting point, schoolyard or fairground. Connected with a ramp, a promenade can be reached, which connects the three western entrances and creates a forecourt to the buildings. 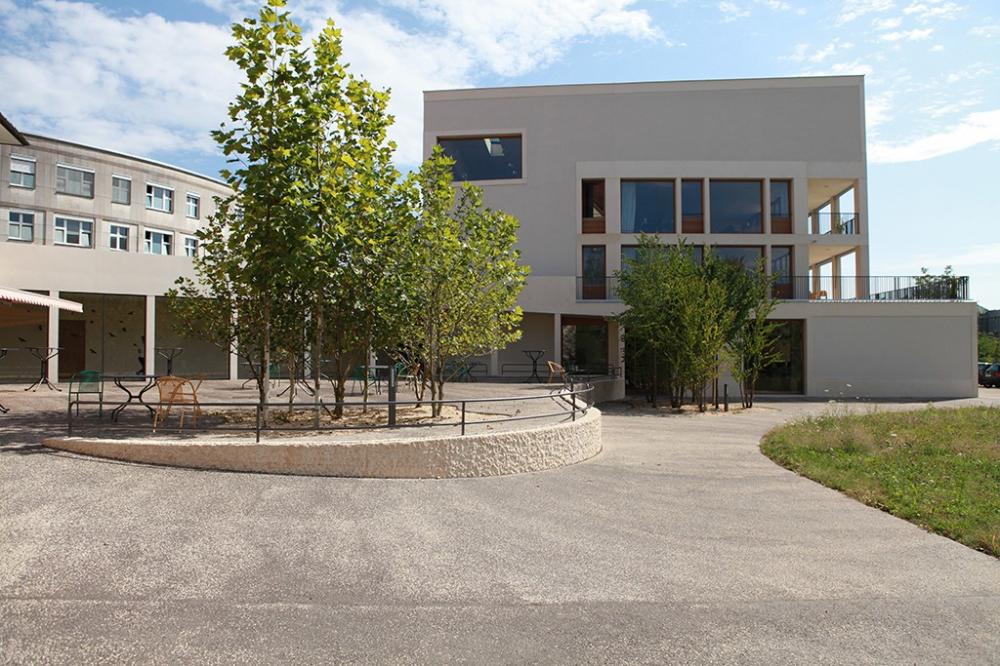 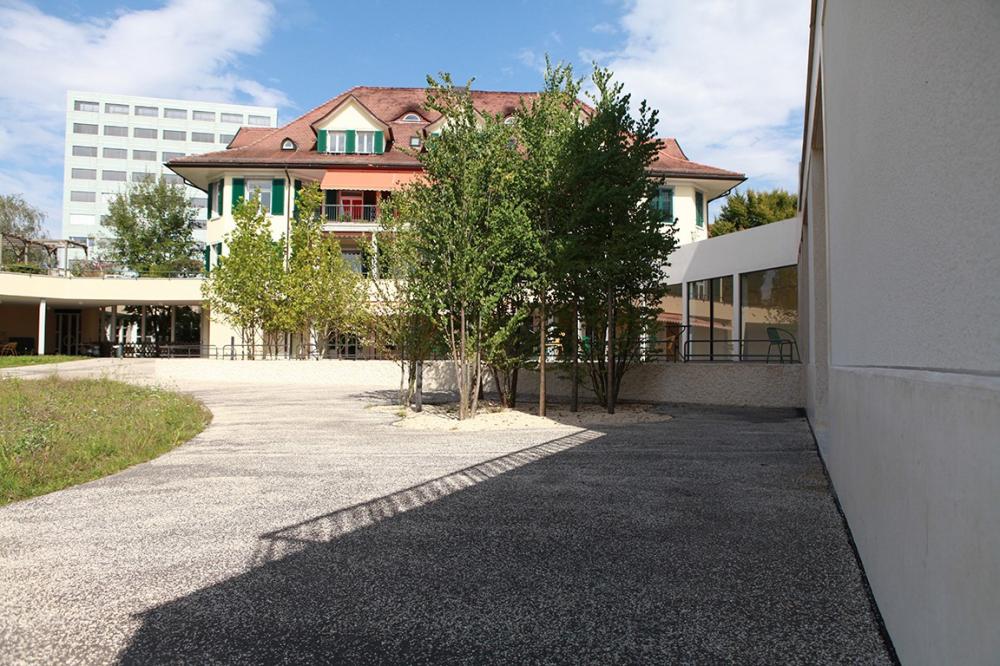 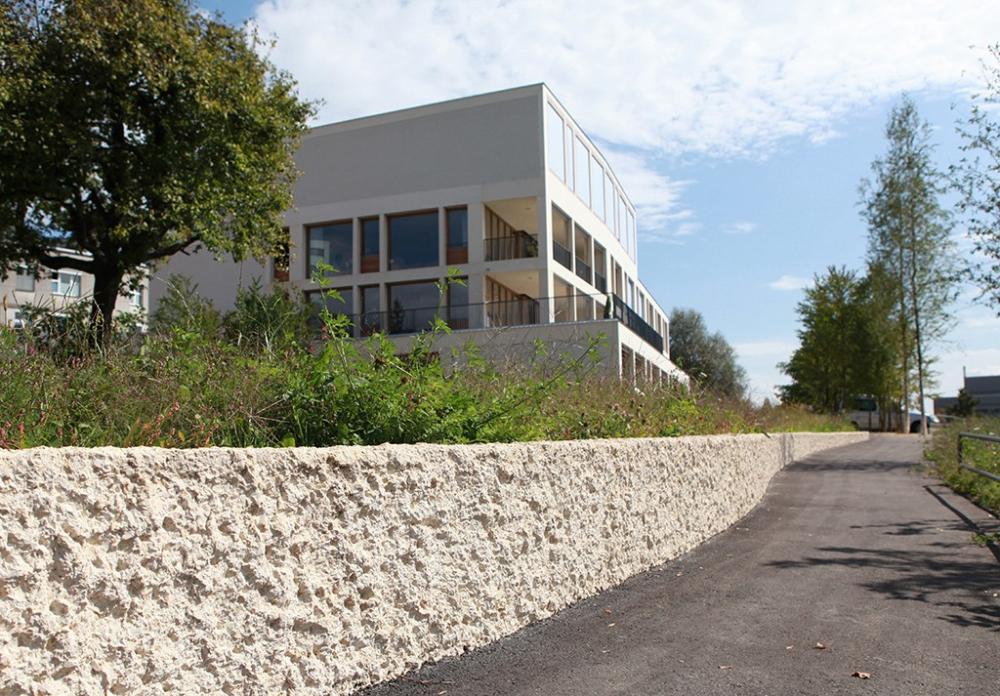 A park, as the third space, connects to forecourt. Through it`s curved pathsystem, the lower area of the park can be reached, ending in little vertical garden. A little wall, constantly humidified by rainwater, will be greened through moss and other plants. On the upper side of the new building another little forecourty is located, offering the nursing home residents a place for open-air games, like hockey, and other activities.

Retaining walls in different heights are defining and framing different spaces and zones all over the site. For the residents, which are spending most of their time on the premises, a diverse little world in itself is created.

A City in Green