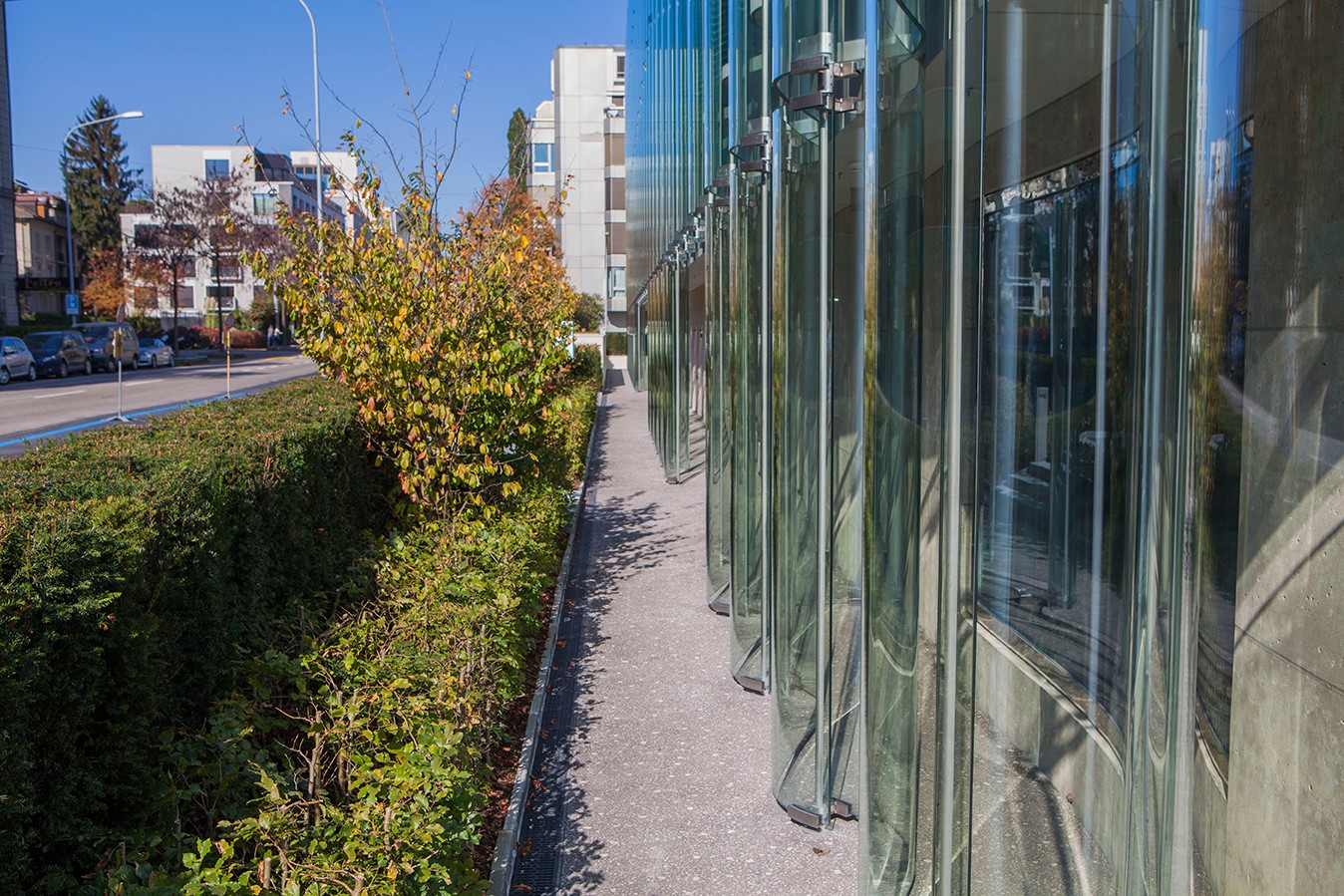 Swiss Re Next, Zurich

The new Swiss Re Next headquarter is the newest element in the string of buildings at Swiss Re’s Mythenquai Campus in Zurich. The continuity of open space elements strengthens the new Campus idea and creates the common base for the buildings, which are all of different architectural character and dates of origin.

Along Alfred-Escher-Strasse, the use of hedges comes into play. Continuous rows of precisely cut hedges integrate the change of level between Alfred Escher-Strasse and the new building’s groundfloor, while flanking the western entrances.

While the Clubhouse communicates an air of privacy, set back from the Mythenquai with its entrance behind rows of hedges, the Swiss Re next building openly faces the public, signalling Swiss Re’s new, representative address at Mythenquai. Special attention is paid to this area so embedded in the overall context of prestigious addresses on Mythenquai. The front entrance to the new building is clearly recognizable in its reserved open space design. Its technical and driveway functions are subordinate to the landscape design. A formal reception space is created by low-cut hedges, a carpet of dolomite asphalt – roughly polished and bushhammered - and a stone bench integrated into the façade. Here stylized concrete tree trunks with bronze roots, a work by Scottish artist Martin Boyce, can be found. 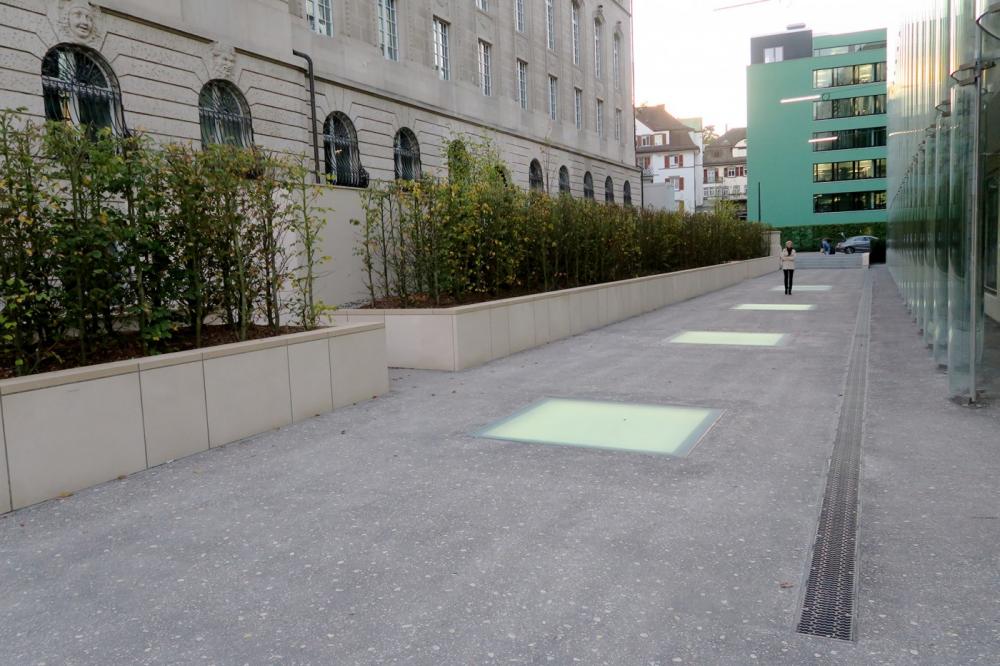 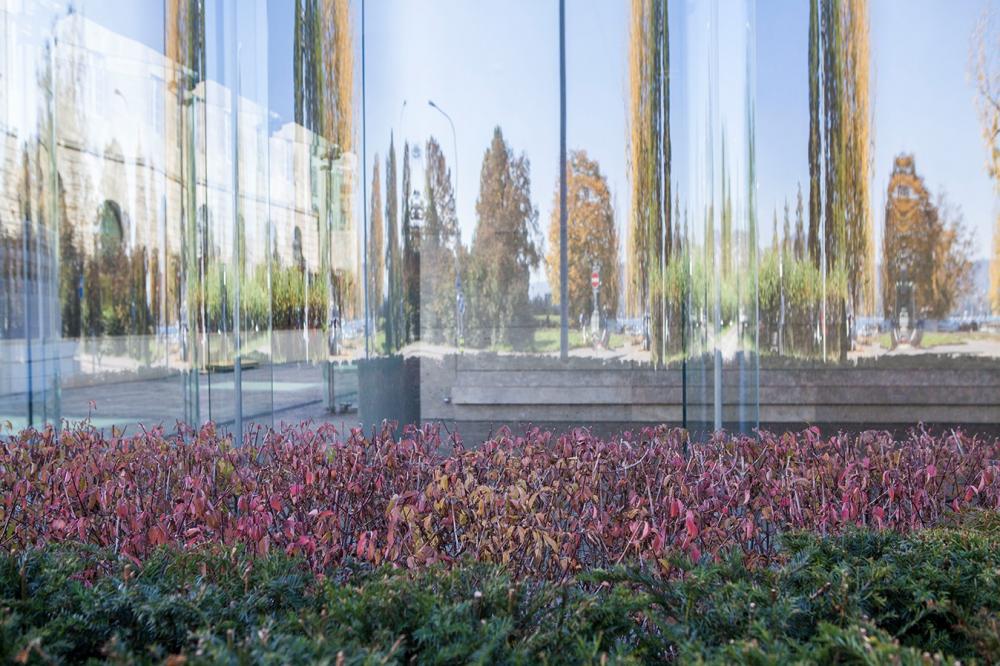 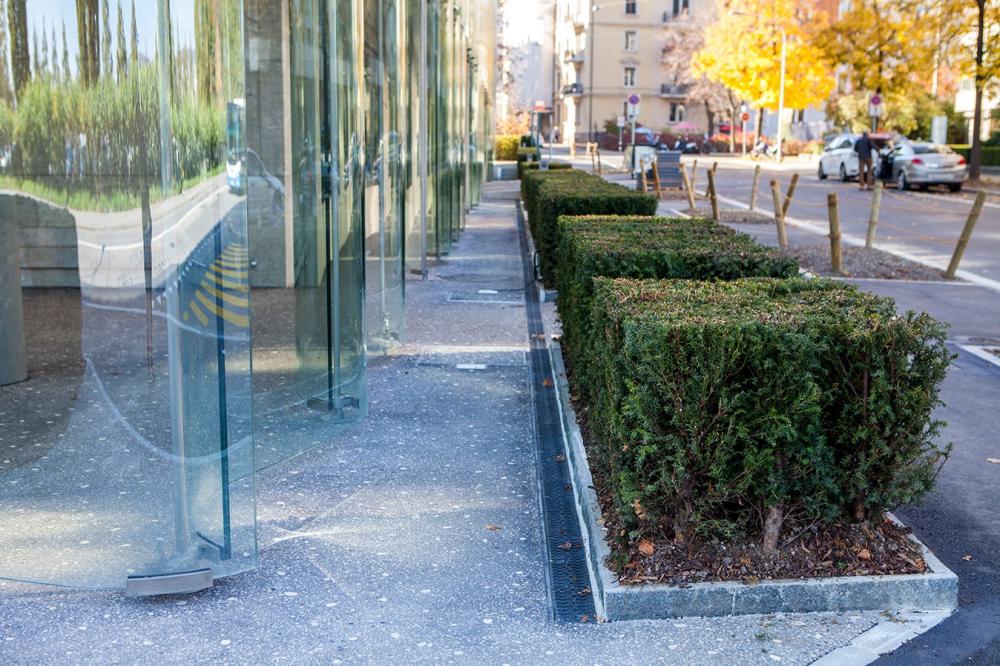 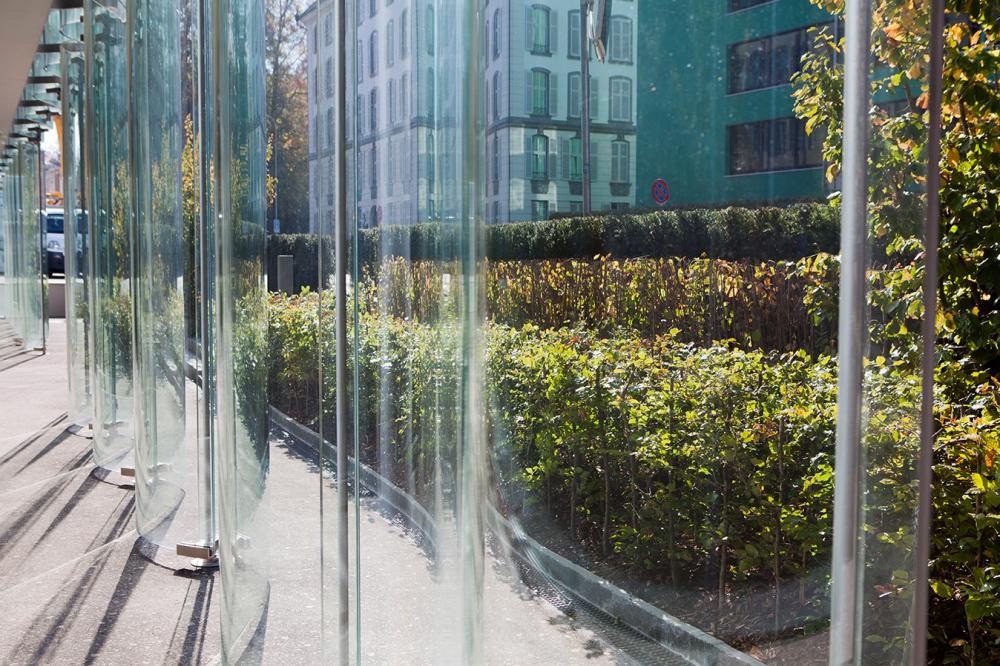 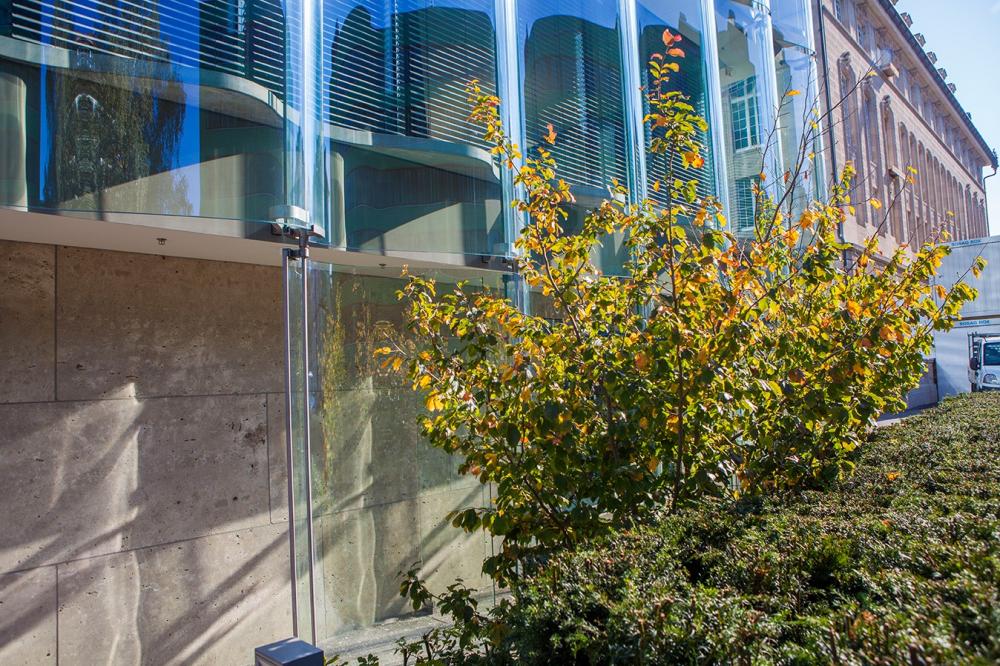 The area between the old and the new headquarter extends the series of special open spaces between the Swiss Re buildings further. These spaces are like inlays, intarsia of strong vegetative themes. The northern part of the listed enclosure wall of the old headquarter was taken down decades ago and has now been partially reconstructed, partially completed as a low wall. The passage here serves as a public promenade from Alfred Escher-Strasse to Mythenquai. As this area is on top of an underground building, the high lime hedge with interspersed individual lime trees was planted in a raised bed and within this hedge the ventilation shafts, skylights and emergency exits are integrated into the overall design.