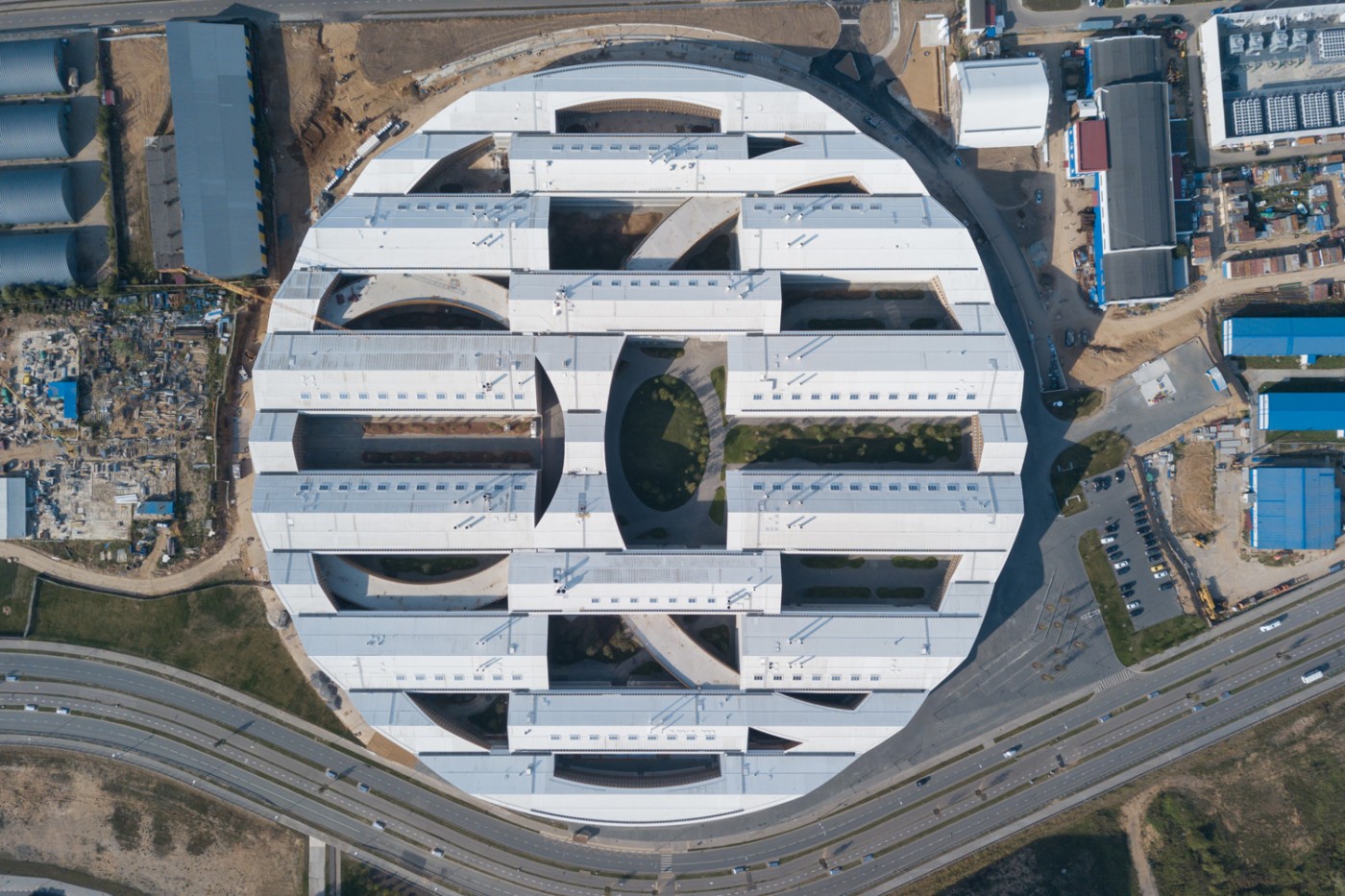 Thermokarst is a geomorphological process associated with the formation of a characteristic landscape created by the thawing of permafrost in Arctic areas and, on a smaller scale, in mountainous areas such as the Himalayas or the Alps. The melting of ground ice is accompanied by the formation of depressions, with irregular surfaces consisting of marshy hollows and small hummocks. These depressions can have a surprising effect on the vegetation: the undermining of the shallow root bed of the trees causes them to tilt at various angles, resulting in so-called drunken forests.

The phenomenon of thermokarst also appears in the courtyards of the new Skolkovo Innovation Center, but in miniaturized form: the floor’s differentiated microtopography is covered either with a carpet of perennials and small shrubs or with a usable lawn, depending on the courtyard’s function. Individual oblique trees and groups of trees reinforce this dynamic image and are a translation of the archaic, local landscape—a counterpoint to the institute’s global alignment and its focus on energy, information, telecommunications, biomedicine, and nuclear technologies.

While the courtyards are an interpretation of this unique formation, the landscape surrounding the buildings is conceived as a spacious forest of birch, aspen, and pine, in reference to the regional vegetation. Overlapping grids and rows of trees generate constant perceptual shifts. While the artificiality of the forest is obvious from a bird’s-eye view, only the attentive pedestrian will be aware of its principles: a walk through the forest along its smaller paths reveals the woodland as an area of wild growth, while on the main trails, the regularity of the planting— underlined by the presence of only one species per  row—becomes more evident. The species that were selected and their particular characteristics, such as their autumn colors and bark, blur the distinction between the unregulated spread of vegetation and the systematic planting scheme—the concept is based on the strategy of feigning “wilderness” with precision. 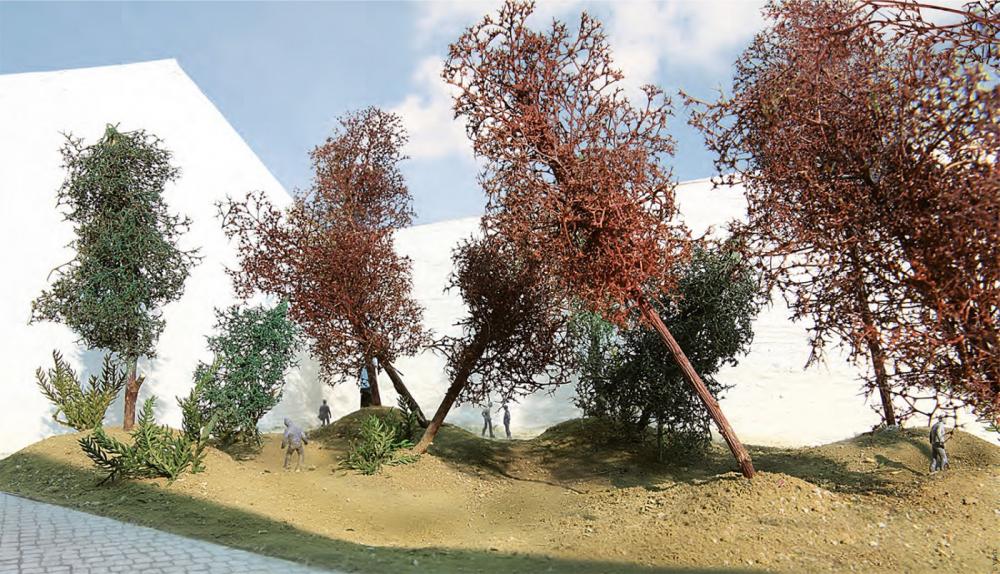 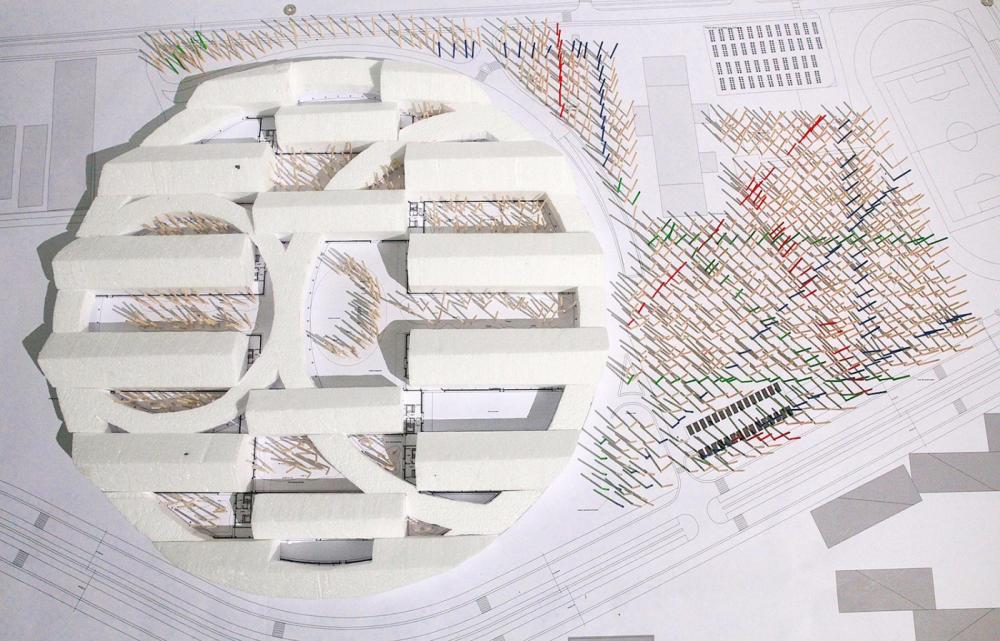 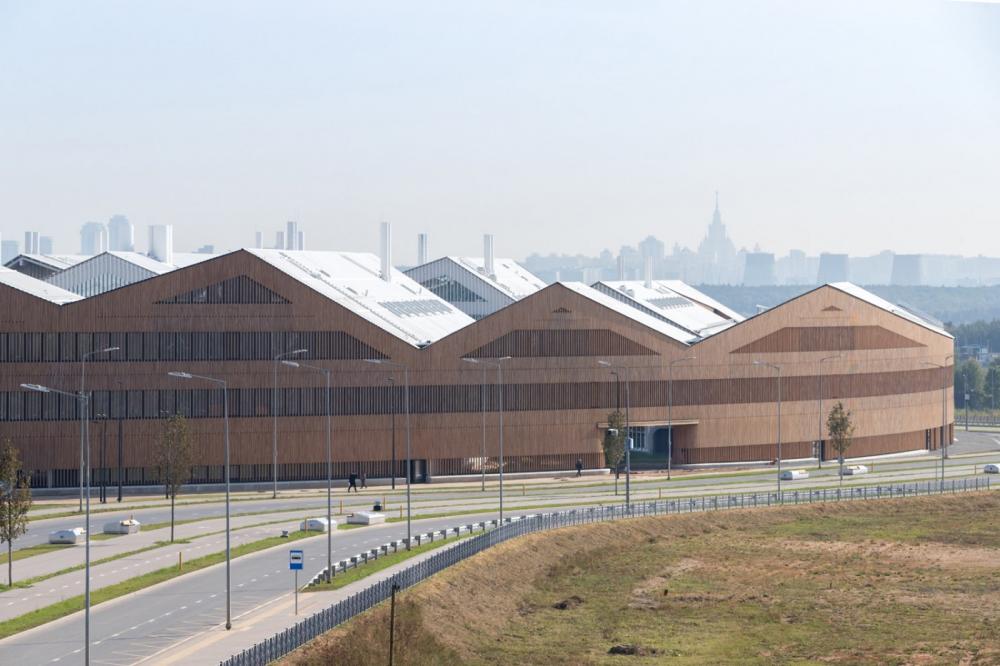